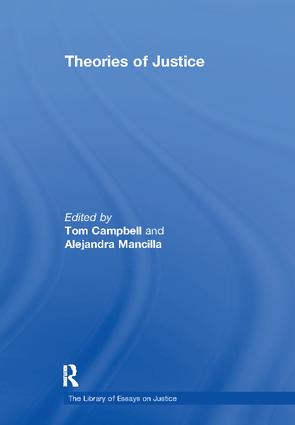 Forty years ago, in his landmark work A Theory of Justice, the American philosopher John Rawls depicted a just society as a fair system of cooperation between citizens, regarded as free and equal persons. Justice, Rawls famously claimed, is 'the first virtue of social institutions'. Ever since then, moral and political philosophers have expanded, expounded and criticized Rawls's main tenets, from perspectives as diverse as egalitarianism, left and right libertarianism and the ethics of care. This volume of essays provides a general overview of the main strands in contemporary justice theorising and features the most important and influential theories of justice from the 'post Rawlsian' era. These theories range from how to build a theory of justice and how to delineate its proper scope to the relationship between justice and equality, justice and liberty, and justice and desert. Also included is the critique of the Rawlsian paradigm, especially from feminist perspectives and from the growing strand of 'non-ideal' theory, as well as consideration of more recent developments and methodological issues.

The Library of Essays on Justice

The Library of Essays on Justice