Theories of Political Protest and Social Movements
A Multidisciplinary Introduction, Critique, and Synthesis 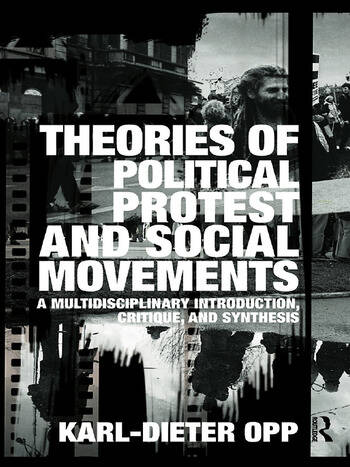 Theories of Political Protest and Social Movements: A Multidisciplinary Introduction, Critique, and Synthesis

Political protest and social movements are ubiquitous phenomena. This book focuses on the current theoretical approaches that aim at explaining them: the theory of collective action, the resource mobilization perspective, political opportunity structure theory, the identity approach, the framing perspective, and the dynamics of contention approach. The book has three objectives: (1) Many basic concepts like political opportunities or identity are not clearly defined. It is further often a matter of interpretation what factors are supposed to affect which phenomena. The first aim is therefore to provide a detailed introduction to and a clear restatement of the theories. Only then is it possible to assess and improve them. (2) For each theory the major strengths and weaknesses are discussed, and various modifications and extensions are suggested. (3) Building on these analyses, it is shown how the theories can be integrated into a single theoretical paradigm: the structural-cognitive model.

Karl-Dieter Opp is the author of The Rationality of Political Protest (1989), coauthor of The Origins of a Spontaneous Revolution. East Germany 1989 (1995) and editor (with M. Hechter) of Social Norms (2001).

"...an ideal resource for developing courses in social movements because of its systematic and detailed analysis of theories. It is also a solid foundation for deconstructing social movement perspectives"  —Andreas Hoffbauer and Howard Ramos, Dalhousie University in the Canadian Journal of Sociology 35, 4