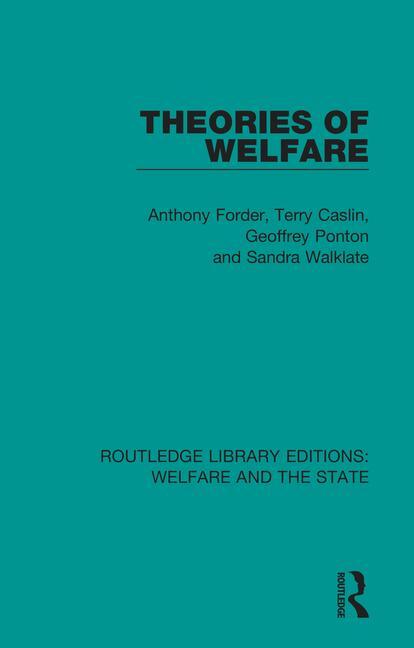 Originally published in 1984 Theories of Welfare looks at theories of social administration developed in different social science disciplines. The book ranges widely and gives concise coverage to the historical and intellectual background in which the theory emerged, the implicit or explicit value assumptions, and account of the most important theoretical concepts and the major criticisms of them, an indication of the relevance to social administration and a guide to further reading.