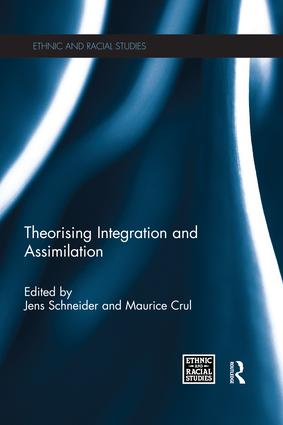 Theorising Integration and Assimilation discusses the current theories of integration and assimilation, particularly those focused on the native-born children of immigrants, the second generation. Using empirical research to challenge many of the dominant perspectives on the assimilation of immigrants and their children in the western world in political and media discourse, the book covers a wide range of topics including:

This volume brings together leading scholars in Migration and Integration Studies to provide a summary of the central theories in this area. It will be an important introduction for scholars, researchers and students of Migration, Integration, and Ethnic Studies.

Jens Schneider is an anthropologist and has worked extensively on ethnic and national identities in different parts of the world. He is coordinator of the TIES project – a major comparative study on second generation integration in various European countries – and also works as project coordinator in a community centre in Hamburg, Germany.

Maurice Crul is a political scientist and educational sociologist at the University of Amsterdam, the Netherlands. For many years he has worked on the educational careers of immigrant children, being involved in several comparative studies with as much a cross-European as a transatlantic perspective. He is the main initiator and coordinator of the TIES project.

Race, ethnicity and nationalism are at the heart of many of the major social and political issues in the present global environment. New antagonisms have emerged which require a rethinking of traditional theoretical and empirical perspectives. The books in this series are based on special issues of Ethnic and Racial Studies, the leading journal for the analysis of these issues throughout the world. Expert authors and editors present interdisciplinary research and theoretical analysis, drawing on sociology, social policy, anthropology, political science, economics, geography, international relations, history, social psychology and cultural studies.