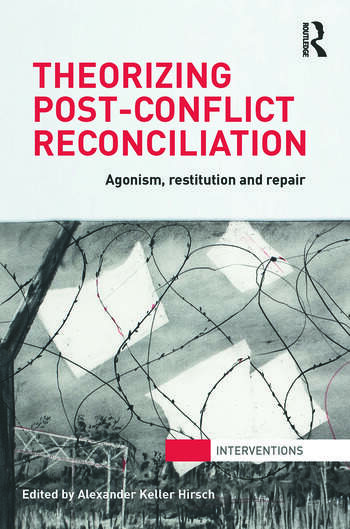 The founding of truth commissions, legal tribunals, and public confessionals in places like South Africa, Australia, Yugoslavia, and Chile have attempted to heal wounds and bring about reconciliation in societies divided by a history of violence and conflict.

This volume asks how many of the popular conclusions reached by transitional justice studies fall short, or worse, unwittingly perpetuate the very injustices they aim to suture. Though often well intentioned, these approaches generally resolve in an injunction to "move on," as it were; to leave the painful past behind in the name of a conciliatory future. Through collective acts of apology and forgiveness, so the argument goes, reparation and restoration are imparted, and the writhing conflict of the past is substituted for by the overlapping consensus of community. And yet all too often, the authors of this study maintain, the work done in assuaging past discord serves to further debase and politically neutralize especially the victims of abuse in need of reconciliation and repair in the first place.

Drawing on a wide range of case studies, from South Africa to Northern Ireland, Bosnia, Rwanda and Australia, the authors argue for an alternative approach to post-conflict thought. In so doing, they find inspiration in the vision of politics rendered by new pluralist, new realist, and especially agonistic political theory.

Featuring contributions from both up and coming and well-established scholars this work is essential reading for all those with an interest in restorative justice, conflict resolution and peace studies.

1. Introduction: The Agon of Reconciliation Alexander Keller Hirsch  2. Agonism and the Power of Victim Testimony Sonali Chakravarti  3. A Critique of Law’s Violence Yet (Never) to Come: United Nations Transitional Justice Policy and the (Fore)closure of Reconciliation Erik Doxtader  4. Rhetorics of Reconciliation: Shifting Conflict Paradigms in Northern Ireland Adrian Little  5. Fugitive Reconciliation  Alexander Keller Hirsch  6. Can Human Beings Forgive? Ethics and Agonism in the Face of Divine Violence James Martel  7. The Unforgiving: Reflections on the Resistance to Forgiveness after Atrocity Thomas Brudholm and Valerie Rosoux  8. Senses of Justice: Bodies, Language and Space Michael J Shapiro  9. The Other is Dead: Mourning, Justice, and the Politics of Burial Bonnie Honig  10. The Elements of Political Reconciliation Ernesto Verdeja  11. Confounded by Recognition: The Apology, the High Court and the Tent Embassy in Australia Paul Muldoon and Andrew Schaap

Alexander Keller Hirsch is Lecturer in the Political Science Department at Northeastern University, and Research Fellow at the University of California Humanities Research Institute, USA.