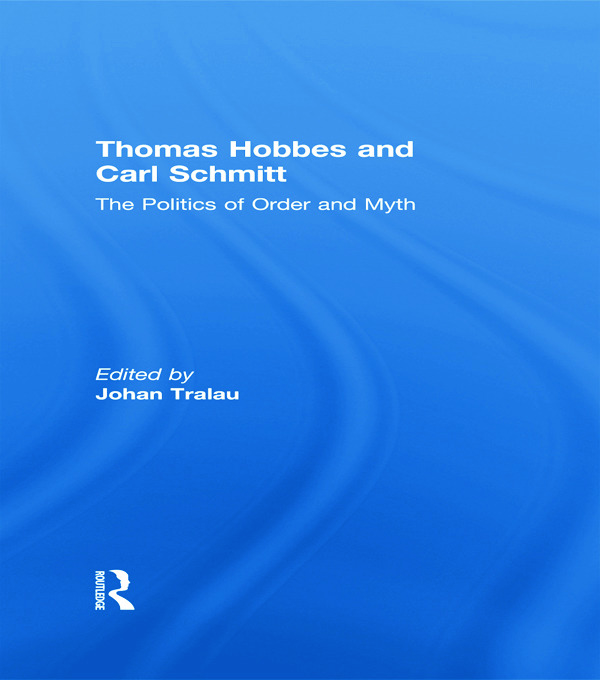 The Politics of Order and Myth, 1st Edition

Thomas Hobbes, the English 17th century philosopher, and Carl Schmitt, Hitler’s ‘crown jurist’, a political thinker and author of an enigmatic book on Hobbes, are increasingly relevant today for two reasons. First, they address the problem of political order, so important when we witness failed states, the privatisation of war, and the rise of political violence that does not derive from the state. Secondly, they are both crucial sources for the use of mythology in politics; moreover, they address the key issue of our time, namely, the relation between politics and religion. This collection of important new essays addresses Hobbes and Schmitt as political thinkers, their importance for present-day politics and society, their conceptions of myth and politics, and Schmitt’s use of Hobbes in (and some say against) the Third Reich. When myth, violence and revelation re-emerge as political forces, it is important to understand Hobbes’s and Schmitt’s answers to the problems of their time – and to those of ours.

This book was based on a special issue of the Critical Review of International Social and Political Philosophy.

Johan Tralau teaches politics at Uppsala universitet. He has been a visiting scholar in Tokyo, Berlin, at the New School of Social Research, in Rome, and in Hanover. In 2007–2008, he hosted his own TV show, Kanon-TV, on the Swedish channel Axess TV. He has published extensively in English, German and Swedish, including his books, Människoskymning. Främlingskap, frihet, och Hegels problem hos Karl Marx och Ernst Jünger (2002, German trans. 2005), and Draksådd. Den grekiska tragedin som politiskt tänkande (2010); his work has been (or will shortly be) published in journals such as Political Theory; Philosophisches Jahrbuch; Greek, Roman and Byzantine studies; Zeitschrift für Ästhetik und Allgemeine Kunstwissenschaft; European Journal of Political Theory, and History of Political Thought.