Providing a clear foundation as to what a clot is, how it forms, and the most recent approaches to treatment, Thrombus and Stroke is an all-inclusive resource covering:

From the latest imaging techniques to endovascular treatments, this comprehensive, advanced volume provides critical data needed for diagnosis and treatment. The valuable information will assist physicians in the prevention of future strokes and complications and will aid in improving patient outcomes throughout treatment.

AJAY K. WAKHLOO is Professor of Radiology, Neurological Surgery, and Neurology, University of Massachusetts, Worcester, Massachusetts, USA. He received his M.D. and Ph.D. in Endocrinology and Metabolic Disorders from the University of Mainz, Mainz, Germany. Dr. Wakhloo is a member of many professional societies, including the American Society of Neuroradiology and American Association of Neurological Surgeons. He has been recognized twice as one of the Best Doctors in America, holds six patents, has coauthored two books, and has written or contributed to over 180 journal articles and book chapters.

MATTHEW J. GOUNIS is Director, New England Center for Stroke Research, Assistant Professor of Radiology, University of Massachusetts, and an associated faculty member of Biomedical Engineering, Worcester Polytechnic University, Worcester, Massachusetts, USA. Dr. Gounis received his Ph.D. in Biomedical Engineering from the University of Miami, Miami, Florida, USA. His work has been recognized by awards from the American Society of Mechanical Engineers, Johnson and Johnson, the American Association of Neurological Surgeons, and Sigma Xi; and he has contributed to over 80 book chapters, journal articles and conference proceedings.

BARUCH B. LIEBER is Professor of Biomedical Engineering and Radiology, and Co-Director of the Endovascular Research Center at the University of Miami School of Medicine, Miami, Florida, USA. He obtained his Ph.D. in Hemodynamics from the Georgia Institute of Technology, Atlanta, Georgia, USA. He has contributed to over 180 publications in book chapters, journal articles and conference proceedings. Dr. Lieber is a fellow of the American Institute for Medical and Biological Engineering and the American Society of Mechanical Engineers and has received three Merit Awards for Scientific Excellence.

ITALO LINFANTE is Associate Professor of Neurology and Radiology in the section of Neuroendovascular Surgery and Interventional Neuroradiology, University of Massachusetts, Worcester. He obtained his M.D. from the University of Rome, Italy. Dr. Linfante is active member of several organizations, including the American Academy of Neurology, the American Stroke Association, the Society of Neuro-Interventional Surgery. Dr. Linfante has written or contributed to over 60 journal articles and several book chapters. 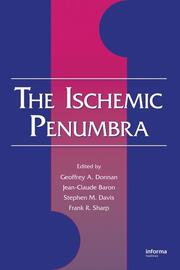 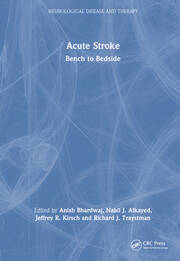