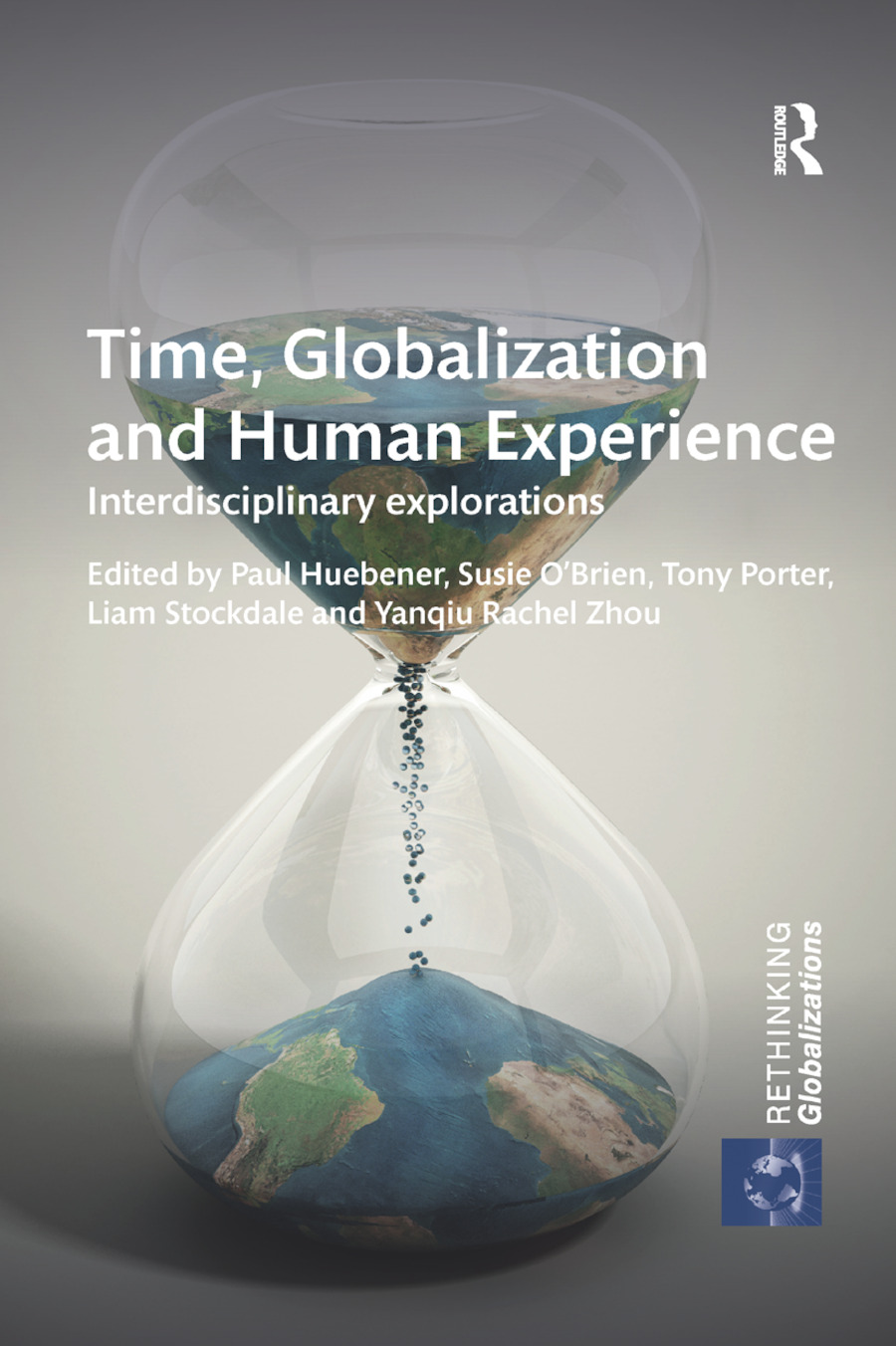 This edited volume focuses on the intersection of time and globalization, as manifested across a variety of economic, political, cultural, and environmental contexts. Since David Harvey’s influential characterization of globalization as "time-space compression", ample research has looked at the spatial aspect of the phenomenon, yet few have focused on globalization’s temporal aspects. Meanwhile, other publications have analysed problems of speed, acceleration, and the commodification of time, but while it often serves as the implicit or explicit backdrop for these studies of time, globalization is not investigated as a problem or a question in its own right. In response, this volume develops these conversations to consider how time shapes globalization, and how globalization affects our experience of time.

The interplay between varying aspects of the human experiences of time and globalization requires the type of interdisciplinary approach that this volume takes. The contributors advance an understanding of global time(s) as an arena of contestation, with social, political, ecological, and cultural implications for human and other lives. In considering the diverse valences of time and globalization, they illuminate problems as well as possibilities. Topics covered include emerging infectious diseases, temporal sovereignty, worker exploitation and resistance, chronobiology, energy politics, activism and hope, and literary and cinematic representations of counter-temporalities, offering a rich and varied account of global times.

This volume will be of great interest to students and researchers from a range of disciplines, including anthropology, cultural studies, globalization, international relations, literary studies, political science, social theory, and sociology.

2. Time and Sovereignty in the Neoliberal Global Hegemony

4. Closing the Loop on Financialization and Scenario Planning

6. While the West Sleeps

7. Accelerated contagion and response: Understanding the relationships among globalization, time, and disease

8. The Inertia of Energy: Pipelines and Temporal Politics

9. Yugoslavism: History, Temporality, and the Search for Alternative Modes of Political Critique

10. The Rhythms of the Global

11. Checked Baggage: An Afterward for Time and Globalization

Paul Huebener is an Assistant Professor of English in the Centre for Humanities at Athabasca University, Canada.

Susie O’Brien is an Associate Professor in the Department of English and Cultural Studies at McMaster University, Canada.

Liam Stockdale is a Postdoctoral Fellow at the Paul R. MacPherson Institute for Leadership, Innovation and Excellence in Teaching at McMaster University, Canada.

Yanqiu Rachel Zhou is an Associate Professor at the Institute on Globalization and the Human Condition and the School of Social Work, McMaster University, Canada.