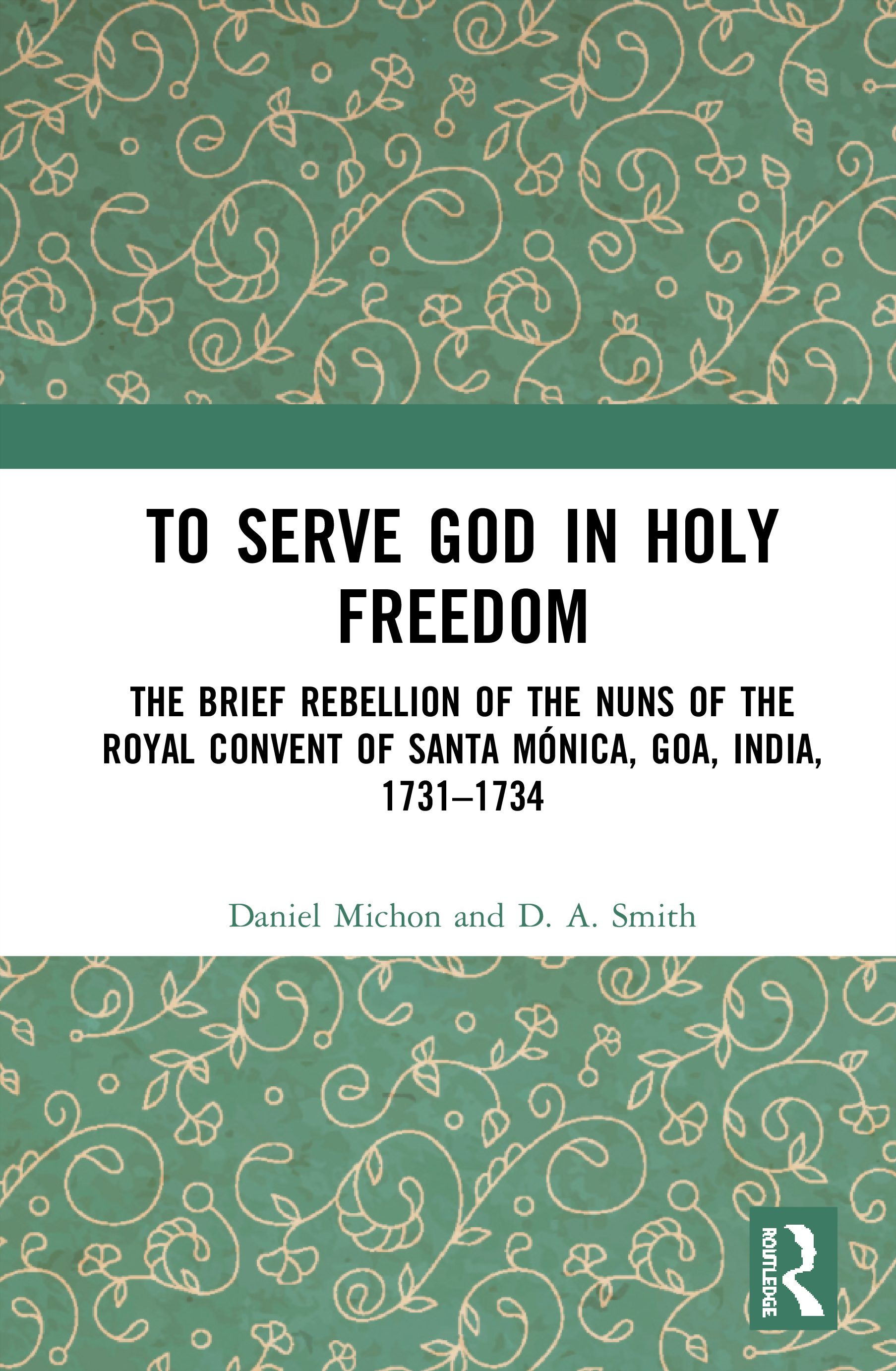 To Serve God in Holy Freedom

The Brief Rebellion of the Nuns of the Royal Convent of Santa Mónica, Goa, India 1731–1734, 1st Edition

By Daniel Michon, D. A. Smith

This book presents one of the first accounts of Christianity in colonial India by a nun. Set in Goa in the early 18th century, this translation of Soror Magdalena’s account from Portuguese brings to life a watershed moment in the politics of Christian faith in early colonial India.

The volume recounts the nuns’ rebellion against the then the Archbishop of Goa, Dom Frei Ignaçio de Santa Teresa. In their account they accused him of mistreating the nuns, and implored the Superior General and the King of Portugal to replace him. It sketches the intricate relationships between the nuns themselves, the clerical and secular authorities, the fidalgos and the lower classes, Hindus and Catholics, and nuns and priests. It goes on to discuss the Convent’s finances and the controversies surrounding them, the politics of the Church, as well as contemporary preoccupations with miracles and demons.

Expertly annotated and introduced by Daniel Michon and David Addison Smith, this book is key to understanding the Portuguese colonial rule in India. It will be of great interest to scholars and researchers of South Asian Studies, Portuguese Studies, Religion, especially Christianity, and colonialism.

Side-by-side Transcription and Translation of:

Appendix A: List of Nuns Belonging to the Royal Convent of Santa Mónica, Goa

Daniel Michon is an Associate Professor of Religious Studies at Claremont McKenna College, California, USA. He has published a series of articles and a book on archaeology, religion, and digital technology and has written on Taxila and Sanghol in India and on Sambor Prei Kuk in Cambodia. His turn to the colonial period in India emerged out of his first book, Archaeology and Religion in Early Northwest India: History, Theory, Practice (2015), where he explored British interpretations of archaeological evidence, which in turn led him to the Indo-Portuguese world.

D. A. Smith is a translator and writer based in Houston, Texas, USA. His works include The Sign of Wrath (2017), a translation of Orlando da Costa's O Signo da Ira; Avante, Goeses, Avante!: The Portuguese Poetry of Laxmanrao Sardessai; and Sita Valles: A Revolutionary Until Death (2018), a translation of Leonor Figueiredo's Sita Valles: Revolucionária, Comunista ate à Morte (1951-1977).