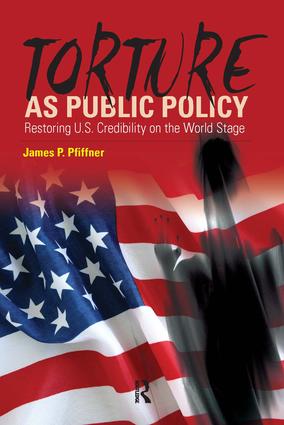 After September 11, 2001 the Bush Administration decided that the most important intelligence about terrorism would come from the interrogation of captives suspected of terrorism. As a result, many detainees were subject to harsh interrogation techniques that at times amounted to torture. Here, James P. Pfiffner authoritatively examines the policy directives, operational decisions, and leadership actions of the Bush Administration that reversed centuries of US policy on the treatment of enemy prisoners. He shows how the serious reservations of career military lawyers about these policies were overcome by the political appointees of the Bush Administration. Pfiffner then analyses the philosophical and legal underpinnings of the policies and practices that have led to the denunciation of the United States' policies by its allies and adversaries throughout the world. Looking ahead, Pfiffner anticipates Obama administration policy changes to restore U.S. credibility and accountability. In all, Torture as Public Policy is a model of detailed policy analysis that demonstrates how greatly public policy matters beyond the back corridors of bureaucracy.

“Pfiffner is a decorated Vietnam veteran whose clear and detailed writing offers an excellent case against the use of torture in prisoner interrogation in the ‘war on terror.’ Highly recommended for all readers interested in current global affairs, history, or the military."

“This important new book is extremely well-documented. It presents the case that torture was official U.S. policy, not the result of a few bad apples. It invokes the doctrine of command responsibility and makes a compelling case that Bush and many of those who worked for him actively initiated the policies that led to the torture of prisoners. This is strong stuff.”

—S.G. Mestrovic, author of The Trials of Abu Ghraib and expert witness at the Abu Ghraib courts martial

"Jim Pfiffner is a decorated soldier and dedicated scholar, who combines knowledge about the chain of command with understanding of Pentagon and Department of Justice policymaking. His discussions of command responsibility and the ethical issues involved in torture make this book the last best word on this shameful chapter in our nation's history."

"In this engrossing and superbly detailed account, Professor Pfiffner guides us through a sinister and disturbing sequence of events, orchestrated at the highest level of ou government, by which brutality became a sanctioned tool of American policy. Torture as Public Policy is an important step in helping us understand what went wrong—a prerequisite to putting the United States back on course toward the moral high ground."

—Michael Archer, author of A Patch of Ground: Khe Sanh Remembered and Shadow Governor: The Life and Times of Nevada's William J. Raggio (2010)

"Thorough, insightful, combines passion and analysis in the best traditions of scholarly political science and public intellectual discourse; an important contribution even in a croded field."