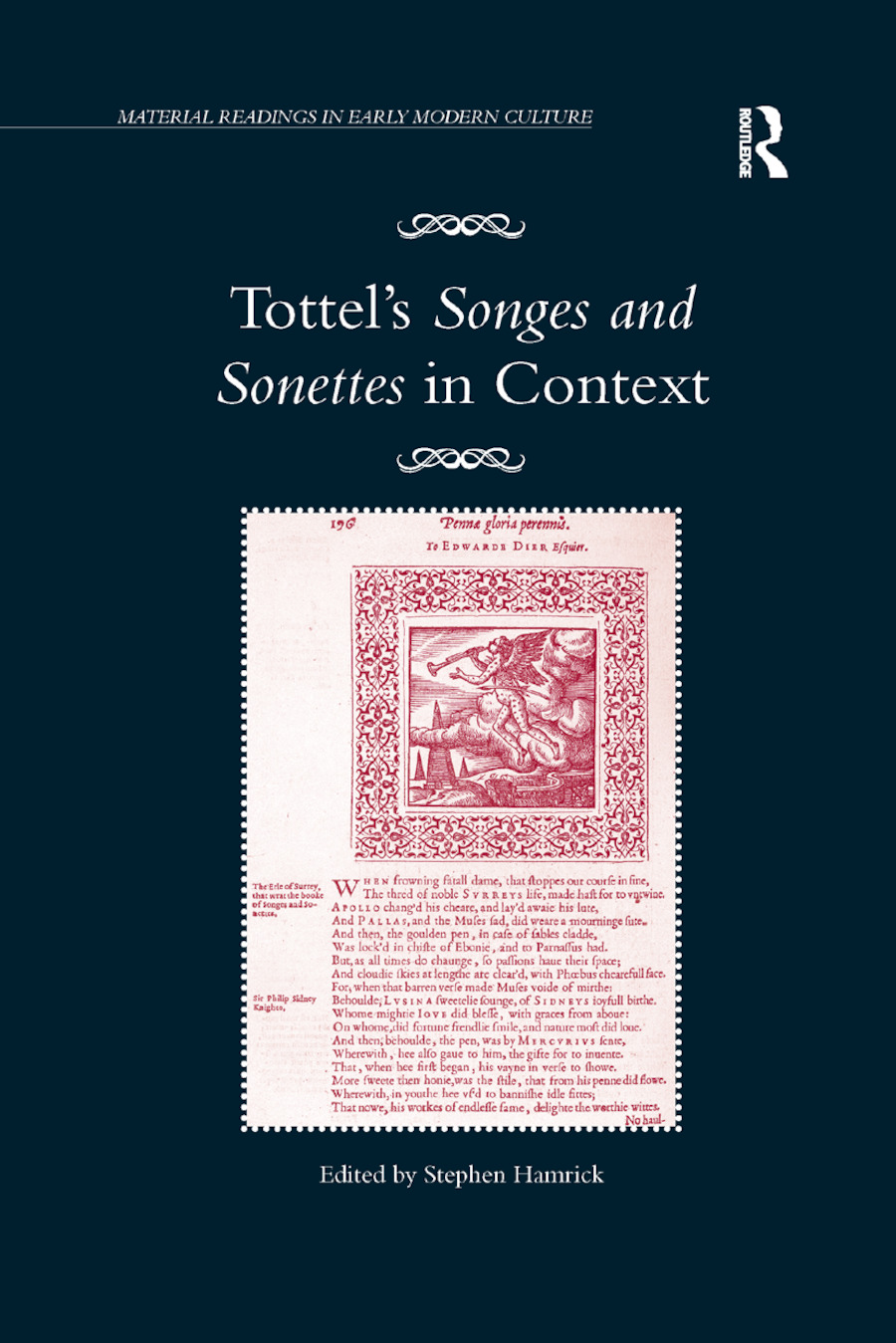 Though printer Richard Tottel’s Songes and Sonettes (1557) remains the most influential poetic collection printed in the sixteenth century, the compiliation has long been ignored or misundertood by scholars of early modern English culture. Embracing a broad range of critical and historical perspectives, the eight essays within this volume offer the first sustained analysis of the many ways that consumers read and understood Songes and Sonettes as an anthology over the course of the early modern period. Copied by a monarch, set to music, sung, carried overseas, studied, appropriated, rejected, edited by consumers, transferred to manuscript, and gifted by Shakespeare, this muti-author verse anthology of 280 poems transformed sixteenth-century English language and culture. With at least eleven printings before the end of Elizabeth I’s reign, Tottel’s ground-breaking text greatly influenced the poetic publications that followed, including individual and multi-author miscellanies. Contributors to this essay collection explore how, in addition to offering a radically new kind of English verse, ’Tottel’s Miscellany’ engaged politics, friendship, religion, sexuality, gender, morality and commerce in complex-and at times, contradictory-ways.