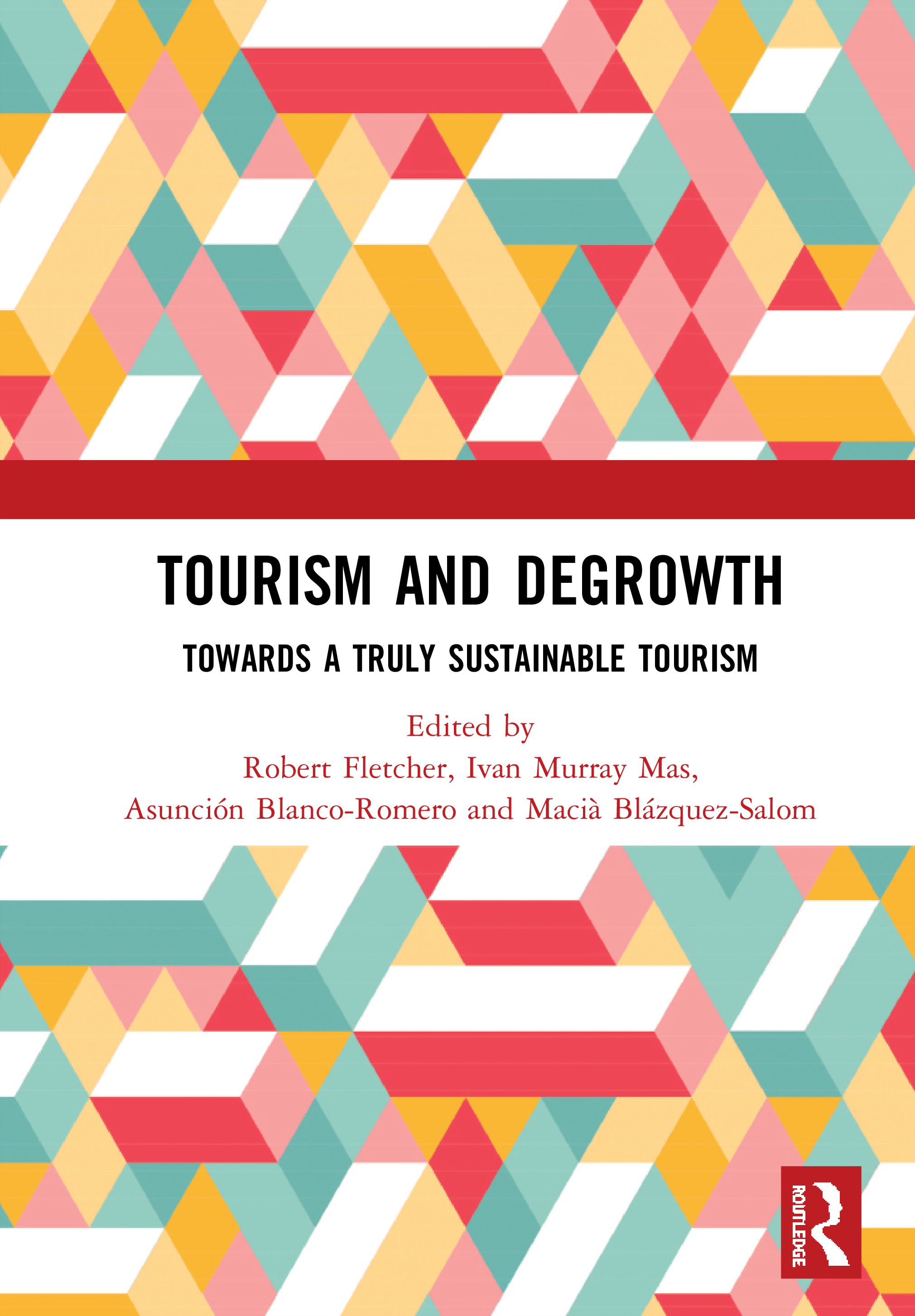 Tourism and Degrowth develops a conceptual framework and research agenda for exploring the relationship between tourism and degrowth.

Rapid and uneven expansion of tourism as a response to the 2008 economic crisis has proceeded in parallel with the rise of social discontent concerning so-called "overtourism." Meanwhile, despite decades of concerted global effort to achieve sustainable development, socioecological conflicts and inequality have rarely reversed, but in fact increased in many places. Degrowth, understood as both social theory and social movement, has emerged within the context of this global crisis. However, thus far the vibrant degrowth discussion has yet to engage systematically with the tourism industry in particular, while, by the same token, tourism research has largely neglected explicit discussion of degrowth.

This volume brings the two discussions together to interrogate their complementarity. Identifying a growth imperative in the basic structure of the capitalist economy, the contributors contend that mounting critique of overtourism can be understood as a structural response to the ravages of capitalist development more broadly. Debate concerning overtourism thus offers a valuable opportunity to re-politicise discussion of tourism development generally.

Exploring of the potential for degrowth to facilitate a truly sustainable tourism, Tourism and Degrowth will be of great interest to scholars of tourism, environmental sustainability and development. The chapters were originally published as a special issue of the Journal of Sustainable Tourism.

1. Tourism and degrowth: an emerging agenda for research and praxis

2. Territorial tourism planning in Spain: from boosterism to tourism degrowth?

5. Tourism as a right: a "frivolous claim" against degrowth?

6. Post-growth in the Tropics? Contestations over Tri Hita Karana and a tourism megaproject in Bali

8. The social construction of the tourism degrowth discourse in the Balearic Islands

9. Community-owned tourism and degrowth: a case study in the Kichwa Anangu community

Robert Fletcher is Associate Professor in the Sociology of Development and Change group at Wageningen University in the Netherlands. He is the author of Romancing the Wild: Cultural Dimensions of Ecotourism (2014) and co-editor of NatureTM Inc.: Environmental Conservation in the Neoliberal Age (2014).

holds a PhD in Geography from the University of the Balearic Islands and a MsC in Environmental Sustainability from the University of Edinburgh. He is Associate Professor of geography at the University of the Balearic Islands, where he is also a member of the research group on sustainability and space. His research merges political ecology, political economy and ecological economics of tourism. Recently, he co-edited Turistificación global: Perspectivias críticas en turismo with Ernest Cañada. He is also involved in social movements.

is Associate Professor of Geography at the Universitat Autònoma de Barcelona, and also participates with the National University of Distance Education, the Universitat Oberta de Catalunya and the OSTELEA School of Tourism and Hospitality. She is member of TUDISTAR research group (tourism and new social and territorial dynamics), with which she has participated in several research projects. Her research focuses on cultural and heritage tourism, new tourisms and local development, tourism and degrowth and geography and gender issues in regional development.

is Associate Professor in the Department of Geography at the University of the Balearic Islands. His research interests include tourism, territorial planning and nature conservation from a sustainability perspective. He has been visiting scholar in several European and Central American universities. His most recent publications deal with urban and regional planning regulation and the expansion of the Balearic Islands’ hotel chains in Central America and the Caribbean.