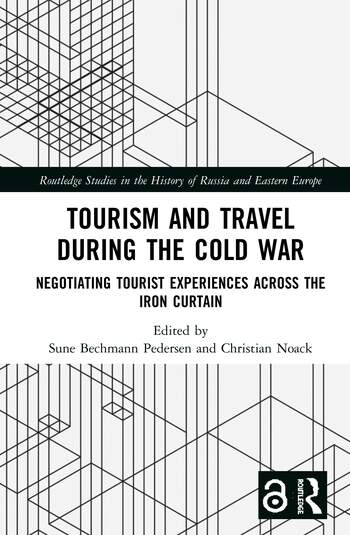 Tourism and Travel during the Cold War: Negotiating Tourist Experiences across the Iron Curtain

The Iron Curtain was not an impenetrable divide, and contacts between East and West took place regularly and on various levels throughout the Cold War. This book explores how the European tourist industry transcended the ideological fault lines and the communist states attracted an ever-increasing number of Western tourists. Based on extensive original research, it examines the ramifications of tourism, from sun-and-sea package tours to human rights travels, in key Eastern European locations including East Berlin, the Soviet Union, Yugoslavia, and Albania. The book’s analysis of the politics, culture, and history of tourism to the East offers important new perspectives on European tourism in the twentieth century.

Crossing the Iron Curtain: An introduction;  Part I: Organising Western tourism in the East;  1. Exporting holidays: Bulgarian international tourism on the Scandinavian market in the 1960s and 1970s;  2. The lure of capitalism: Foreign tourists and the shadow economy in Romania, 1960–1989;  3. Experiencing communism, bolstering capitalism: Guided bus tours of 1970s East Berlin; Part II: Encounters;  4. The Artek camp for Young Pioneers and the many faces of socialist internationalism; 5. Foreign tourists, domestic encounters: Human rights travel to Soviet Jewish homes; 6. "Much more freedom of thought than expected there": Rosey E. Pool, a Dutch fellow traveller on holiday in the Soviet Union (1965);  7. The Stalinist utopia of the Adriatic: Swedish tourists in communist Albania; Part III: The politics of tourism during the Cold War;  8. Playing the tourism card: Yugoslavia, advertising, and the Euro-Atlantic tourism network in the early Cold War;  9. Making Iron Curtain overflights legal: Soviet–Scandinavian aviation negotiations in the early Cold War; 10. Concluding remarks: Tourism across a porous curtain

Sune Bechmann Pedersen holds a PhD in History and is Researcher in Media History at Lund University. He is currently working on the project "Holidays behind the Iron Curtain: The Politics of Scandinavian Tourism to Communist Europe, 1945–1989," funded by the Swedish Research Council.

Christian Noack is Associate Professor for East European Studies at the University of Amsterdam. He has published broadly on the history of tourism in the Soviet Union and currently leads a HERA project on the "European Spa as a Public Space and a Social Metaphor."