Towards a Comparative History of Coalfield Societies 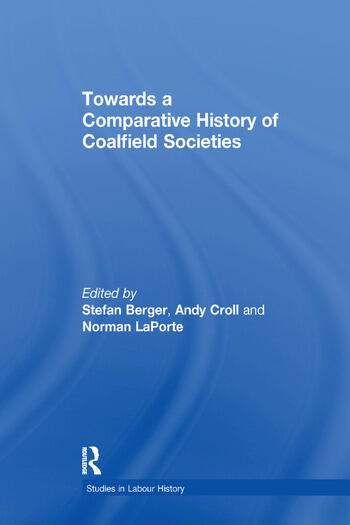 Towards a Comparative History of Coalfield Societies

Few areas of labour history have received as much attention as the coal industry, with miners often finding themselves at the centre of studies on working-class political and industrial history. Yet whilst much has been written about the struggles of miners and their unions in particular countries, their national confrontations and political organization, much less work has been done on the regional communities and how they related both to the national and international picture. The central theme of this volume is to transcend such over-arching national models and to focus instead on local coal mining societies which can then be compared and contrasted to similar communities elsewhere. In so doing the book is able to tackle a number of familiar labour history themes in a more nuanced way, exploring issues of political activism and class relationships from the perspectives of gender, ethnicity, race and specific localized cultural traditions. As the chapters in this volume illustrate, such an approach can offer rich and often surprising conclusions, in many cases challenging the accepted notion of miners as the vanguard of militant working-class political activism. Adopting a regional approach that compares coalfield communities from five continents, this volume reflects coalfield experiences on a truly global scale. By looking at what made communities unique as well as what they shared in common, a much fuller understanding of the workplace, neighbourhood, family, identity and political organization is possible. Underlining the strong connections between politics, community and identity, this work emphasizes the challenges and opportunities available to labour historians, pushing forward the boundaries of the discipline in new and exciting ways.

Professor Stefan Berger, Dr Andy Croll and Norman LaPorte are all from the University of Glamorgan, UK.

'These essays represent solid work...Recommended.’ Choice ’Overall, this volume is a worthy addition to the historiographical field. Each of its constituent contributions underline the connections and continuous interactions between miners' politics (whether class-oriented or not), community and identity, thereby highlighting the distinctive historical processes within each coalfield whilst acknowledging the existence of points of comparison between them. It deserves to be read by anyone interested in studying coal-mining history.’ Labour History Review