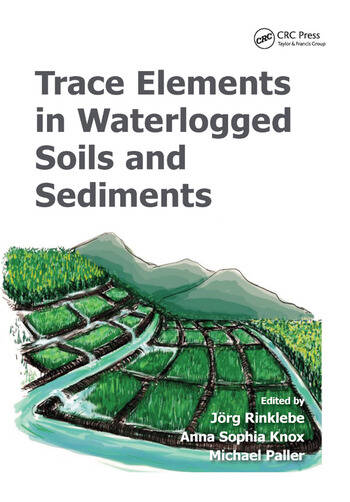 Many wetlands around the world act as sinks for pollutants, in particular for trace elements. In comparison to terrestrial environments, wetlands are still far less studied. A collaborative effort among world experts, this book brings the current knowledge concerning trace elements in temporary waterlogged soils and sediments together. It discusses factors controlling the dynamics and release kinetics of trace elements and their underlying biogeochemical processes. It also discusses current technologies for remediating sites contaminated with trace metals, and the role of bioavailability in risk assessment and regulatory decision making. This book is intended for professionals around the world in disciplines related to contaminant bioavailability in aquatic organisms, contaminant fate and transport, remediation technologies, and risk assessment of aquatic and wetland ecosystems.

Jörg Rinklebe is a professor for soil and groundwater management at the University of Wuppertal (Germany). From 1997 to 2006, Dr. Rinklebe worked as a scientist and project leader at the department of soil sciences at the UFZ Centre for Environmental Research Leipzig-Halle, Germany. He studied ecology for one year at the University of Edinburgh, United Kingdom (1992–1993). He studied agriculture, specializing in soil science and plant nutrition, at the Martin Luther University of Halle-Wittenberg, Germany, and earned his PhD in soil science at the same university. Currently his research is mainly focused on wetland soils, sediments, waters, plants, and the related pollution (trace elements and nutrients) and biogeochemical issues. He also has a certain expertise in remediation of soils and soil microbiology. Professor Rinklebe is internationally recognized, particularly for his research in the area of the redox-chemistry of trace elements in flooded soils. He has published many scientific papers in international and national journals as well as numerous book chapters. He serves on several editorial boards (Geoderma, Water, Air, and Soil Pollution, Ecotoxicology, Archive of Agronomy and Soil Science). He is also a reviewer for many international journals. He has co-organized several special symposia at various international conferences, such as Biogeochemistry of Trace Elements (10th, 11th, 12th, and 13th ICOBTE) and International Conference on Heavy Metals in the Environment (15th, 16th, and 17th ICHMET). He has been an invited speaker at many international conferences.

is a fellow scientist at the Savannah River National Laboratory (SRNL) in Aiken, South Carolina, where she conducts research on the remediation of contaminated sediments and soils and development of new materials for the stabilization of contaminants. She earned a PhD (1993) in agronomy and soil science and was certified as a