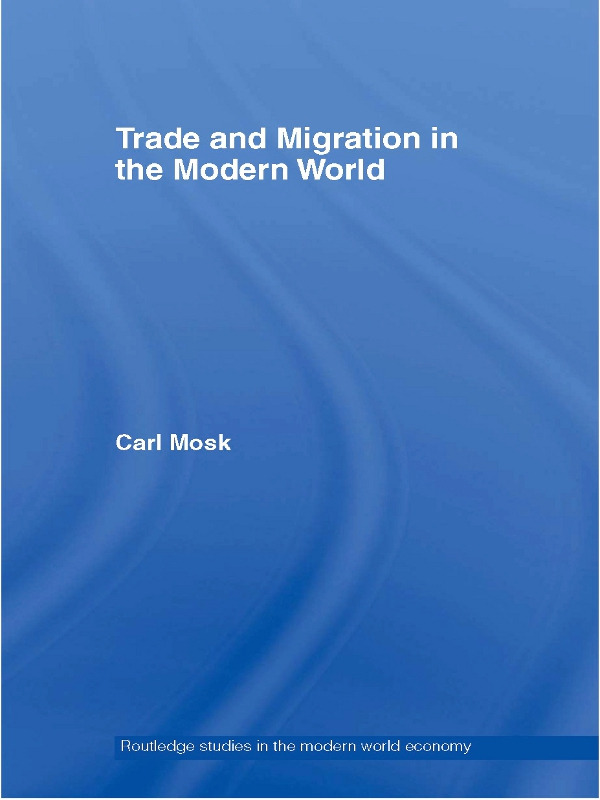 Trade and Migration in the Modern World

Revolutionized by the growing use of fossil fuels and electricity and the reduced costs of transportation and communications, international trade and migration has received an unprecedented boost in recent years. Using a theory of economic and political gravitation, backed up with both quantitative analysis and qualitative description, Mosk argues that the tendency for trade and migration to flow together is tempered by market forces and political resistance to diversity in migration. This results in a glaring paradox: the political arenas of nation states are divided between embracing and opposing diversity in immigration, the same immigration flows their own policies helped create.

A remarkable volume, this book will be invaluable to students of economics demographic historians, policy makers and political scientists.