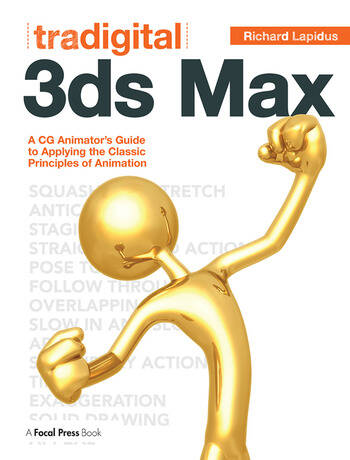 Finally bridge the gap between software-specific instruction and the world of classical animation with this easy to utilize, one-of-a-kind reference guide. With great relevance for today's digital workflows, Richard Lapidus presents innovative 3ds Max controls to the classical principles of animation like squash and stretch, anticipation, staging and more. Move beyond these fundamental techniques and explore both the emotion and technical sides of animation with character appeal and rigging. Features a robust companion web sites that include demonstrations, project files, links to further resources, available at http://www.focalpress.com/cw/lapidus-9780240817309/.

Chapter 6 Creating and animating a biped

Chapter 12 The Camera as the integral part of a scene Rule: Staging

Chapter 14 Getting objects to move the way you want.

Chapter 15 Does it move the way it should?

Richard is a Tenured Associate Professor and Lead Animation Instructor with Moraine Valley Community College. Since 2005, he has worked as an Authorized Autodesk Certified Instructor for 3ds max. Richard has worked at Art Institute in Ft. Lauderdale, Keiser College, Palm Beach Community College and started the SE Florida 3ds Max User's group. Outside of the classroom, Richard has produced numerous forensic and game animations through his company, VirtualONE, Inc. In addition to his professional and academic experiences, Richard is a frequent presenter at SIGGRAPH.