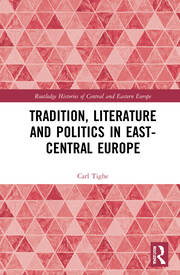 Milan Kundera warned that in in the states of East-Central Europe, attitudes to the west and the idea of ‘Europe’ were complex and could even be hostile. But few could have imagined how the collapse of communism and membership of the EU would confront these countries with a life that was suddenly and disconcertingly ‘modern’ and which challenged sustaining traditions in literature, culture, politics and established views on identity.

Since the countries of East-Central Europe joined the European Union in 2004 the politicians and oppositionists of the centre-left, who once led the charge against communism, have often been forced to give way to right-wing, authoritarian, populist governments. These governments, while keen to accept EU finance, have been determined to present themselves as protecting their traditional ethno-national inheritance, resisting ‘foreign interference’, stemming the ‘gay invasion’, halting ‘Islamic replacement’ and reversing women’s rights. They have blamed Communists, liberals, foreigners, Jews and Gypsies, revised abortion laws, tampered with their constitutions to control the Justice system and taken over the media to an astonishing degree. By 2019, amid calls for the suspension of their voting rights, both Poland and Hungary had been taken to the European Court of Justice and the European Parliament and had begun to explore ways to put conditions on future EU funding.

This book focuses on the interface between tradition, literature and politics in east-central Europe, focusing mainly on Poland but also Hungary and the Czech Republic. It explores literary tradition and the role of writers to ask why these left-liberals, who were once ubiquitous in the struggles with communism, are now marginalised, often reviled and almost entirely absent from political debate. It asks, in what ways the advent of capitalism ‘normalised’ literature and what the consequences might be? It asks whether the rise of chauvinism is ‘normal’ in this part of the world and whether the literary traditions that helped sustain independent political thought through the communist years now, instead of supporting literature, feed nationalist opinion and negative attitudes to the idea of ‘Europe’.

Carl Tighe was the author of Gdansk: National Identity in the Polish German Borderlands (1990), The Politics of Literature: Polish Writers under Communism (1998), Writing and Responsibility (2004), Creative Writing @ University (2009) and Writing the World: Creative Writing as a Subject of Study (2014). He contributed to several journals, including The Journal of European Studies, Twentieth Century Communism and Studies in East European Thought and was the author of several works of fiction: he was short listed for the Whitbread Award, won the Authors’ Club Award and the City Life Writer of the Year 2000 Award. He taught at Swansea, Manchester, Wrocław Technical University, Gdańsk University, Jagiellonian University in Kraków and was Professor of Creative Writing at University of Derby. Carl Tighe died in 2020.