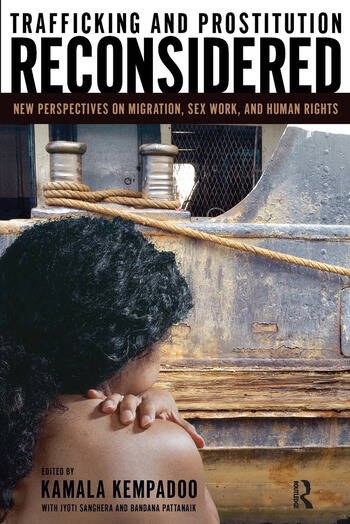 Trafficking and prostitution are widely believed to be synonymous, and to be leading international crimes. This collection argues against such sensationalism and advances carefully considered and grounded alternatives for understanding transnational migrations, forced labor, sex work, and livelihood strategies under new forms of globalization. From their long-term engagements as anti-trafficking advocates, the authors unpack the contemporary international debate on trafficking. They maintain that rather than a new 'white slave trade,' we are witnessing today, more broadly, an increase in the violation of the rights of freedom of movement, decent employment, and social and economic security. Critical examinations of state anti-trafficking interventions, including the U.S.- led War on Trafficking, also reveal links to a broader attack on undocumented migrants; tribal and aboriginal peoples; poor women, men, and children; and sex workers. The book sheds new light on everyday circumstances, popular discourses, and strategies for survival under twenty-first century economic and political conditions, with a focus on Asia, but with lessons globally. Contributors: Natasha Ahmad, Vachararutai Boontinand, Lin Chew, Melissa Ditmore, John Frederick, Matthew S. Friedman, Josephine Ho, Jagori, Ratna Kapur, Phil Marshall, Jyoti Sanghera, Susu Thatun.

"The unique contribution of this set of essays is to startle us into looking at the sensationalized problem of 'sex trafficking' in a radically different way. Kamala Kempadoo and her colleagues explode a number of myths and broaden our view to see the problem of sexual exploitation in the larger context of a global capitalism based on forced labor. The writers not only give us a critique of superficial approaches to sexual labor, but point the way to a deeper understanding based on human rights."
--Howard Zinn

"This reflective volume provides a much-needed evaluation of one of the most volatile intersections of contemporary social issues: human trafficking, sex work, and human rights. The impressive array of contributors offers a sharp critique of mainstream trafficking frameworks which all too often end up re-victimizing those vulnerable individuals who are caught in global forced labor schemes and endure unsafe migration experiences. The authors identify 'the harm' done to female migrants by punitive immigration policies in the developed nations, corporate interests, and moralistic anti-prostitution initiatives led by conservatives in the Bush administration. By situating their analyses 'from below,' the authors foster 'a new agenda for humanity.'"
--Nancie Caraway, Director, Women's Human Rights Project, Globalization Research Center, University of Hawai'i-Manoa