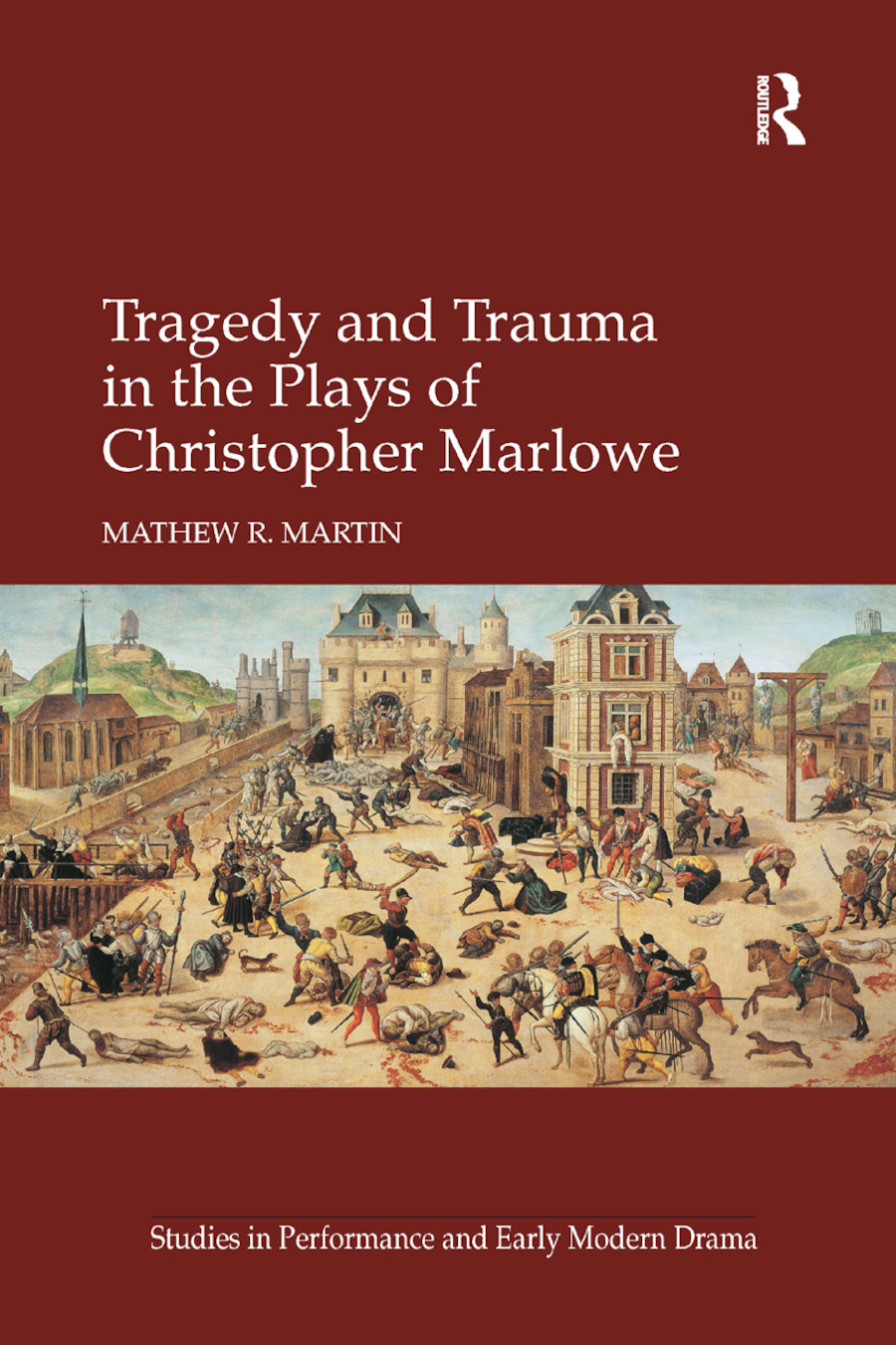 Tragedy and Trauma in the Plays of Christopher Marlowe

Contending that criticism of Marlowe’s plays has been limited by humanist conceptions of tragedy, this book engages with trauma theory, especially psychoanalytic trauma theory, to offer a fresh critical perspective within which to make sense of the tension in Marlowe’s plays between the tragic and the traumatic. The author argues that tragedies are trauma narratives, narratives of wounding; however, in Marlowe’s plays, a traumatic aesthetics disrupts the closure that tragedy seeks to enact. Martin’s fresh reading of Massacre at Paris, which is often dismissed by critics as a bad tragedy, presents the play as deliberately breaking the conventions of the tragic genre in order to enact a traumatic aesthetics that pulls its audience into one of the early modern period’s most notorious collective traumatic events, the massacre of French Huguenots in Paris in 1572. The chapters on Marlowe’s six other plays similarly argue that throughout Marlowe’s drama tragedy is held in tension with-and disrupted by-the aesthetics of trauma.

1 Trauma, Faith, and Epic History in Dido, Queen of Carthage

2 Trauma and Tragedy in Tamburlaine the Great Part One

3 Tamburlaine the Great Part Two and the Refusal of Tragedy

4 Tragedy and Psychopathology in The Jew of Malta

6 The Traumatic Realism of The Massacre at Paris

7 Doctor Faustus and the Fundamental Fantasy

Mathew R. Martin is Professor of English Language and Literature at Brock University, Canada. He is author of Between Theatre and Philosophy: Skepticism in the Major City Comedies of Ben Jonson and Thomas Middleton (2001), co-editor of Staging Pain, 1580-1800 (Ashgate, 2009), and author of articles on Marlowe, Shakespeare, Jonson, Middleton, and Ford. He has also edited Marlowe's Doctor Faustus, Edward the Second, The Jew of Malta, and Tamburlaine the Great Part One and Part Two for Broadview Editions.