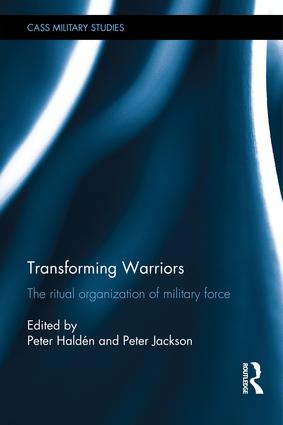 This volume offers an interdisciplinary study of how different cultures have sought to transform individuals into warriors.

War changes people, however a less explored question is how different societies want people to change as they are turned into warriors. When societies go to war they recognize that a boundary is being crossed. The participants are expected to do things that are otherwise prohibited, or at least governed by different rules. This edited volume analyses how different cultures have conceptualized the transformations of an individual passing from a peacetime to a wartime existence to become an active warrior. Despite their differences, all societies grapple with the same question: how much of the individual’s peace-self should be and can be retained in the state of war? The book explores cases such as the Nordic berserkers, the Japanese samurai, and European knights, as well as modern soldiers in Germany, Liberia, and Sweden. It shows that archaic and modern societies are more similar than we usually think: both kinds of societies use myths, symbols, and rituals to create warriors. Thus, this volume seeks to redefine theories of modernization and secularization. It shows that military organizations need to take myths, symbols, and rituals seriously in order to create effective units.

This book will be of much interest to students of military studies, war studies, sociology, religion, and international relations in general.

1. Introduction. Symbolic and Mythological Perspectives on War and Peace join the Archaic with the Modern, Peter Haldén and Peter Jackson

2. A Portrait of the Warrior as a Beast: Hunter, Man, and Animal in Sophocles Trachiniae and Schwarzenegger’s Predator, Johan Tralau

3. Cycles of the Wolf: Unmasking the Young Warrior in Europe’s Past, Peter Jackson

4. "Laughing I shall die!" The Total Transformations of Berserks and Ulfhednar in Old Norse Society, Andreas Nordberg and Frederik Wallenstein

5. Professionalization of Transformation: From Knights to Officers in the Renaissance, Gorm Harste

6. Transformation into Manhood: Sex, Violence and the Making of Warriors, Women and Victims in Early Modern Europe, Maria Sjöberg

7. Japanese Warrior Transformations: Bushidō as the Continuation of Death by other Means, Dan Öberg

11. The Warrior on the Edge of Tomorrow, Christopher Coker

12. The Haunted Road: Failed Transformations and the Return from War or, A Historical Sociology of War Veterans, Gorm Harste

13. Conclusions. The Transformations of the Future, Peter Haldén

Peter Haldén is Associate Professor of Political Science at the Swedish Defence University (SDU) in Stockholm. He is the author of Stability without Statehood (2011), Geopolitics of Climate Change (2007) and co-editor of New Agendas in Statebuilding: Hybridity, Contingency and History (2013).

Peter Jackson is Professor at the department of History of Religions at Stockholm University. He is the author of The Transformations of Helen: Indo-European Myth and the Roots of the Trojan Cycle (2007), and editor of Philosophy and the End of Sacrifice: Disengaging Ritual in Ancient India, Greece and Beyond (2015).