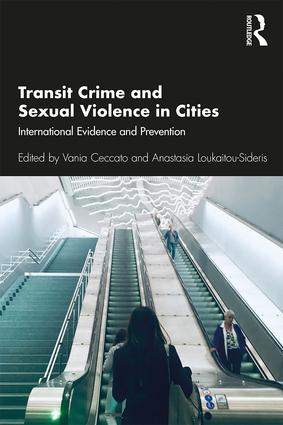 How cities are planned and designed has a major impact on individuals’ mobility and safety. If individuals feel unsafe in public transportation or on the way to it, they may avoid certain routes or particular times of the day. This is problematic since research has also found that, in some cities, especially those in the Global South, a large percentage of women are "transit captives". Namely, they have relatively less access to non-public forms of transportation and are, therefore, especially reliant on public transport. This issue is important not only because it affects people’s safety but also because it influences the long-term sustainability of a city. In a sustainable city, safety guaranties the ability of free movement for everyone and provides a wider sense of place attachment.

examines the evidence of victimization in transit environments in countries around the world, exploring individuals’ feelings of perceived safety or lack thereof and the necessary improvements that can make transit safer and, hence, cities more sustainable. The book’s contributions are grounded in theories at the crossroads of several disciplines such as environmental criminology, architecture and design, urban planning, geography, psychology, gender and LGBTQI studies, transportation, and law enforcement. International case studies include Los Angeles, Vancouver, Stockholm, London, Paris, São Paulo, Mexico City, Bogota, Tokyo, Guangzho, Melbourne, and Lagos, among others.

PART I - Transit Crime and Sexual Violence: An Introduction

Chapter 2. Sexual Harassment on Transit: Evidence from the Literature

Chapter 3: Why Sexual Crimes and Fear of crime Happen in Transit Environments: A Review of Theories

Chapter 25: The Importance of the Transit Environment: Does It Affect the Risk of Sexual Victimization?

Chapter 28: Responding to Sexual Harassment on Transit: Towards an Agenda for Research and Practice

Vania Ceccato is Professor at the Department of Urban Planning and Environment, KTH Royal Institute of Technology, Stockholm, Sweden. She is the author of several books, including Moving Safely: Crime and Perceived Safety in Stockholm's Subway Stations, and co-editor of Safety and Security in Transit Environments: An Interdisciplinary Approach.

is Professor of Urban Planning and Associate Dean of the Luskin School of Public Affairs at UCLA. She is the author or editor of eight books, the most recent of which are: Informal American City, Transit-Oriented Displacement or Community Dividends? New Companion to Urban Design, and Urban Humanities.