The text highlights essential requirements for new services, providing a clear understanding of the corresponding fundamentals and theory needed to fulfill such requirements. Although the schemes and transmission and detection techniques presented are applicable to a wide range of digital communication systems, including wireless, cellular, and satellite, the text maintains a focus on multimedia services using multicast and broadcast techniques. It also:

Mario Marques da Silva is a Senior Researcher at the Portuguese Institute for Telecomunications. He is also with NATO Air Command Control & Management Agency (NACMA) in Brussels, Belgium, where he manages the deployable communications of the new Air Command and Control System Program. He received his BSc in Electrical Engineering in 1992, and the MSc and PhD degrees in Electrical Engineering / Mobile Communications from the Instituto Superior Técnico (IST), Technical University of Lisbon, Portugal.

Américo M. C. Correia received his BSc degree in electrical engineering from the University of Angola in 1983, and his MSc and PhD degrees from Instituto Superior Técnico (IST-UTL), Lisbon, Portugal, in 1990 and 1994, respectively. From 1991 to 1999 he was with IST as an assistant professor. He is currently a full professor with Instituto Superior de Ciências do Trabalho e da Empresa (ISCTE-IUL), Lisbon, Portugal. He visited Nokia Research Center from September to December 1998 as a visiting scientist. From September 2000 to August 2001he worked for Ericsson EurolabNetherlands. His current research topics include wideband CDMA, OFDMA, MIMO, radio resource management, and multimedia broadcast/multicast services.

Rui Dinis received his PhDdegree from Instituto Superior Técnico (IST), Technical University of Lisbon, Portugal, in 2001. From 2001 to 2008 he was a professor at IST. Since 2008 he is teaching at FCT-UNL (Faculdade de Ciências e Tecnologia da Universidade Nova de Lisboa). He was a researcher at Centro de Análise e Processamento de Sinais (CAPS)/IST from 1992 to 2005; from 2005 to 2008 he was researcher at ISR/IST (Instituto de Sistemas de Robótica); in 2009 he joined the research IT center (Instituto de Telecomunicações).

João Carlos Silva received his BS degree in aerospace engineering from the Instituto Superior Técnico (IST)—LisbonTechnicalUniversity, in 2000. From 2000 to 2002 he worked as a business consultant forMcKinsey&Company. He finished his PhD thesis also at IST in 2006, focusing on spread spectrum techniques, multiUser detection schemes, and MIMO systems. From 2006 to 2007 he was a professor at Escola Superior Tecnologia e Gestão (ESTG), in Leiria (teaching physics and electronics), and has been a professor since 2007 in Instituto Superior de Ciencias do Trabalho e da Empresa (ISCTE), in Lisboa (teaching computer networks). He is the author of more than 40 papers and a reviewer of several international publications. His research interests include computer networks and mobile communications, including block transmission techniques (OFDM, SC-FDE), WCDMA, multiuser detection, interference cancelation, space–time coding, MIMO systems, smart and adaptive antennas, channel estimation, and software-defined radio. 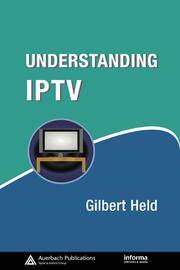