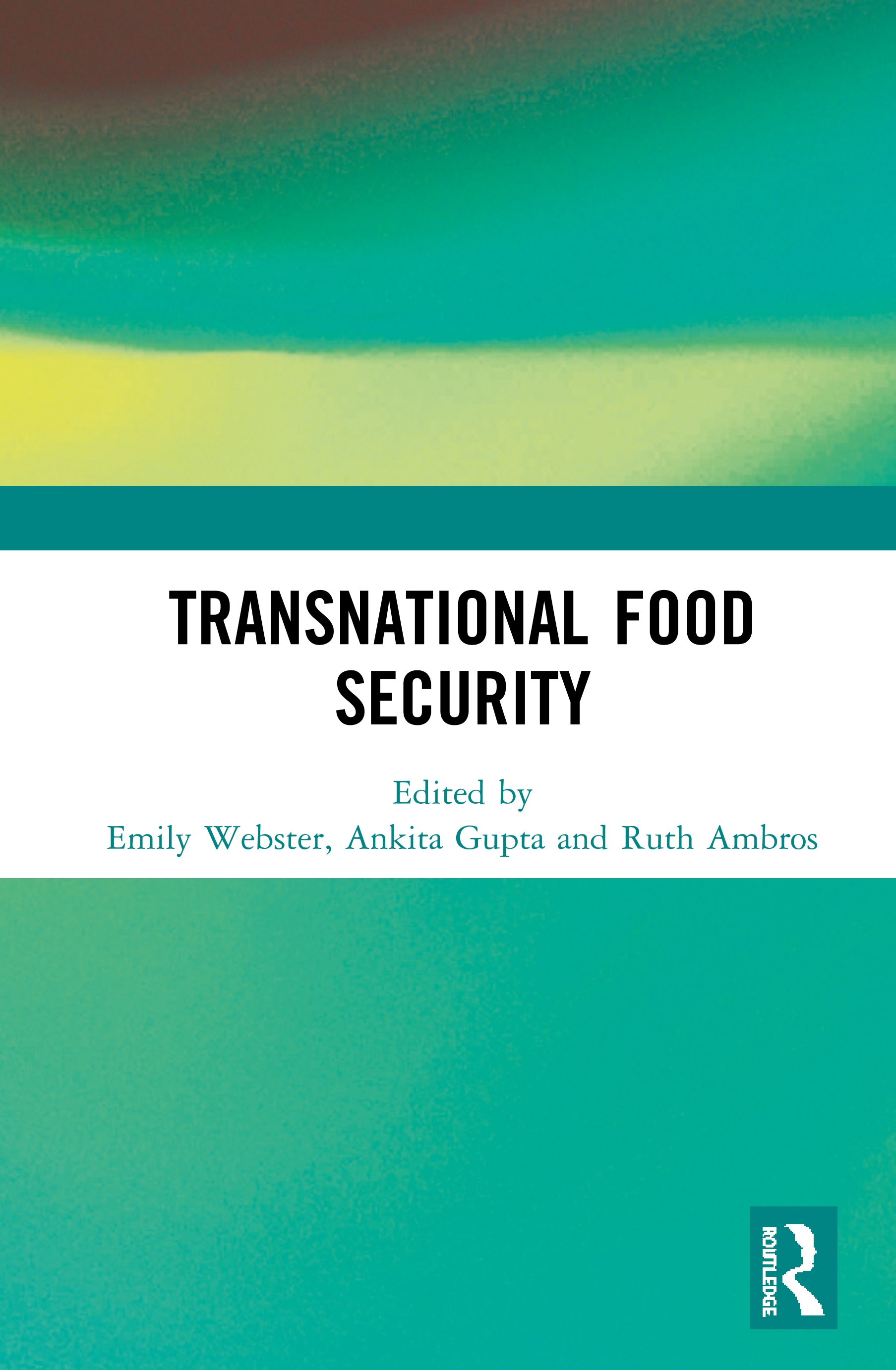 Transnational Food Security addresses food security from an international relations, political economy and legal perspective analysing the relationship between food security and the environment and climate change, trade, finance and contracts, and the intersection between food and human rights.

The topic of food concerns one of the most basic and profound aspects of human survival. Universal and equal access to food is, at the same time, ridden with problems of power, inequality, distribution and implicated in old and new geopolitical conflicts. As such, ‘food’ and food security are central to conditions of poverty and hunger, development and ‘modernisation’, transitional justice and rule of law reform around the world. As a problem of critique and scholarly inquiry, food prompts an inter-disciplinary assessment of the nature of food security in the modern world. The contributors to this book take us deep into the complexity of food and illustrate the challenges of adequately understanding and approaching questions of food security and food sovereignty in a globally interconnected world.

will be of great interest to scholars of international relations, political economy, and transnational law. The chapters were originally published as a special issue of Transnational Legal Theory Journal.

'A timely and thoughtful collection. Empirically rich and theoretically grounded, this book sheds light on the relations between transnational legal theory, the environment, human rights, trade, and the financialisation of food. An illuminating read for those working towards a more just, sustainable and food secure world.' - Jessica Duncan, Assistant Professor, Rural Sociology Group, Wageningen University

'Actors in the food sovereignty movement contest the food system at the levels of power relations and models of production. Taking its cue from these campaigns, this volume shines a valuable spotlight on the complex and often opaque relationships between legal regimes at different scales, and the diverse actors who are embedded within and seek to shape (and sometimes exploit) them. Occasionally bold, and sometimes provocative, it is an important and possibly even essential read for anyone concerned with the direction of travel of our contemporary food system, and the role of law therein.' - Joshua Brem-Wilson, Assistant Professor, Centre for Agroecology, Water and Resilience, Coventry University

'Global food rights and norms such as food security and food sovereignty are increasingly being considered by nations and international organizations in the forming of national and local food laws and policies. This book is an important step towards evaluating these norms from a variety of perspectives. I applaud the effort and have no doubt that this contribution will serve as a valuable cornerstone for future study by scholars in the field.' - Michael Roberts, Executive Director, Resnick Center for Food Law and Policy, UCLA School of Law

2. At the brink of famine in conflict and natural disaster zones: human rights approach to extreme hunger and malnutrition

The Environment and Climate Change

4. The effects of oil pollution on the marine environment in the Gulf of Guinea—the Bonga Oil Field example

6. International law and feeding the world in times of climate change

Trade and the Financialisation of Food

8. Financialisation of the transnational food chain: from threat to leverage point?

9. The World Trade Organization between law and politics: negotiating a solution for public stockholding for food security purposes

12. The rise of new rights for peasants. From reliance on NGO intermediaries to direct representation

14. The UN Committee on World Food Security’s break from the agricultural productivity trap

Ankita Gupta is as aspiring lawyer in Toronto, with a JD from Osgoode Hall Law School and BBA from the University of Toronto.

Ruth Ambros is a mother and aspiring lawyer in Toronto, with a JD from Osgoode Hall Law School and a BA from the University of Waterloo.