Trends in Digital Signal Processing
A Festschrift in Honour of A.G. Constantinides

Trends in Digital Signal Processing: A Festschrift in Honour of A.G. Constantinides

Digital signal processing is ubiquitous. It is an essential ingredient in many of today’s electronic devices, ranging from medical equipment to weapon systems. It makes the difference between dumb and intelligent systems. This book is organized into five parts: (1) Introduction, which contains an account of Prof. Constantinides’ contribution to the field and brief summaries of the remaining chapters of this festschrift, (2) Digital Filters and Transforms, which covers efficient digital filtering techniques for improving signal quality, (3) Signal Processing, which provides an insight into fundamental theories, (4) Communications, which deals with some important applications of signal processing techniques, and (5) Finale, which contains a discussion on the impact of digital signal processing on our society and the closing remarks on this festschrift.

Yong Ching Lim received his ACGI and BSc degrees in 1977 and DIC and PhD in 1980, all in electrical engineering, from Imperial College London, United Kingdom. From 1980 to 1982, he was with the Naval Postgraduate School, California. From 1982 to 2003, he was with the Department of Electrical Engineering, National University of Singapore. Since 2003, he has been with the School of Electrical and Electronic Engineering, Nanyang Technological University, Singapore. His research interests include digital signal processing and VLSI circuits and systems design. Dr. Lim was a recipient of the 1996 IEEE Circuits and Systems Society’s Guillemin-Cauer Best Paper Award, the 1990 IREE (Australia) Norman Hayes Memorial Best Paper Award, 1977 IEE (UK) Prize, and the 1974–77 Siemens Memorial (Imperial College) Award. He is a fellow of the IEEE. He served as a lecturer for the IEEE Circuits and Systems Society under the distinguished lecturer program from 2001 to 2002; as an associate editor for the IEEE Transactions on Circuits and Systems from 1991 to 1993 and from 1999 to 2001; as an associate editor for Circuits, Systems and Signal Processing from 1993 to 2000; as chairman of the DSP Technical Committee of the IEEE Circuits and Systems Society from 1998 to 2000; and in the Technical Program Committee’s DSP Track as the chairman in IEEE ISCAS’97 and IEEE ISCAS’00 and as a co-chairman in IEEE ISCAS’99. He was the general chairman for IEEE APCCAS 2006, a co-general chairman for IEEE ISCAS 2009, ICGCS 2010, and IEEE ICDSP 2015.

received his DIC and PhD degrees in electrical engineering (signal processing) in 1981 with Prof. Tony Constantinides as his supervisor from Imperial College London, United Kingdom. His previous experience includes working as a design engineer in the electronics and computer memory industry in Hong Kong during 1977–1978 and serving as a faculty member (lecturer) in the Department of Electronic Engineering in the Hong Kong Polytechnic University in 1981 and then in the Department of Electrical and Electronic Engineering in the University of Hong Kong during 1981–88. He subsequently joined the University of Windsor as an associate professor and holds the rank of professor in electrical and computer engineering since 1989. Dr. Kwan has published extensively on digital filters and intelligent systems in refereed journals and conference proceedings, and eBooks. The innovations described in his research papers have benefited (and/or been utilized by) industry in developing various inventions described in eight US and six European patents. He has taught a variety of undergraduate and graduate courses and his recent teaching covers subject areas of digital filters and systems, multimedia signals and systems, intelligent signal processing, intelligent computing and systems, and computational intelligence. He has served in a variety of capacities, including chair and member in various undergraduate, graduate, administrative, faculty, and university committees; advisor, appraiser, assessor, reviewer, external examiner, and editorial board member of various academic and professional tasks; chair, organizer, and member of technical program committees and sessions in various international, national, and regional conferences, symposia, and workshops; and the past-chair, chair, chair-elect, secretary, secretary-elect, and member of the Digital Signal Processing Technical Committee and the Neural Systems and Applications Technical Committee of the IEEE Circuits and Systems Society. Dr. Kwan has been a recipient of research grants from sources including NSERC, Auto21, and Micronet; a recipient of research professorship, research excellence, research fellowship, and outstanding paper awards; a licensed Professional Engineer (Ontario), a Chartered Electrical Engineer (UK), and was elected in 1996 a fellow of the Institution of Engineering and Technology (UK).

"This book is a very valuable addition to the signal processing literature. All chapters are written by internationally acclaimed researchers in the field addressing hot topics of current interest. Most of these renowned experts carry the technical DNA inherited from Prof. Constantinides, a living proof of how outstanding genetic information can lead to fruitful contributions to society development.

The book includes eighteen survey chapters on the general areas of digital filters and transforms, signal processing, and communications, beautifully written by the technical heirs of Prof. Constantinides and his contemporary colleagues. Indeed this book reflects some of the many advances that Prof. Constantinides and his generation brought about to the ubiquitous DSP technology that benefits the current generation."
— Prof. Paulo S. R. Diniz, Federal University of Rio de Janeiro, Brazil

"A fitting tribute to a world-renowned pioneer in digital filter design, DSP, and communications, this book offers panoramic views of the past, present, and future of the theory and applications of these fields. The continual evolutions in time-interleaved A/D converters, all-pass filters, and multi-rate filters have pushed the envelopes of their applications, ranging from wireless communications to human face recognition and seismic signal processing. Authored by leading researchers in these fields, this book provides valuable insights into what have been made possible and potential future developments."

"Professor Constantinides has made worldwide impact on DSP through his novel contributions to this area. With his unique energy, he has successfully pushed forward DSP scientists in the fields of education, research, and services. His personal inspiration to attract young scientists to work on DSP, especially in Europe, already started in the 70s with the establishment of the European Association for Signal Processing and the European Journal for Signal Processing as well as the organization of the first international series of meetings on DSP."

"This festschrift covers a number of most recent and important DSP research works, including DSP theories, filter designs, and applications, and is very valuable for the DSP community." 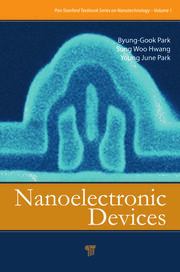