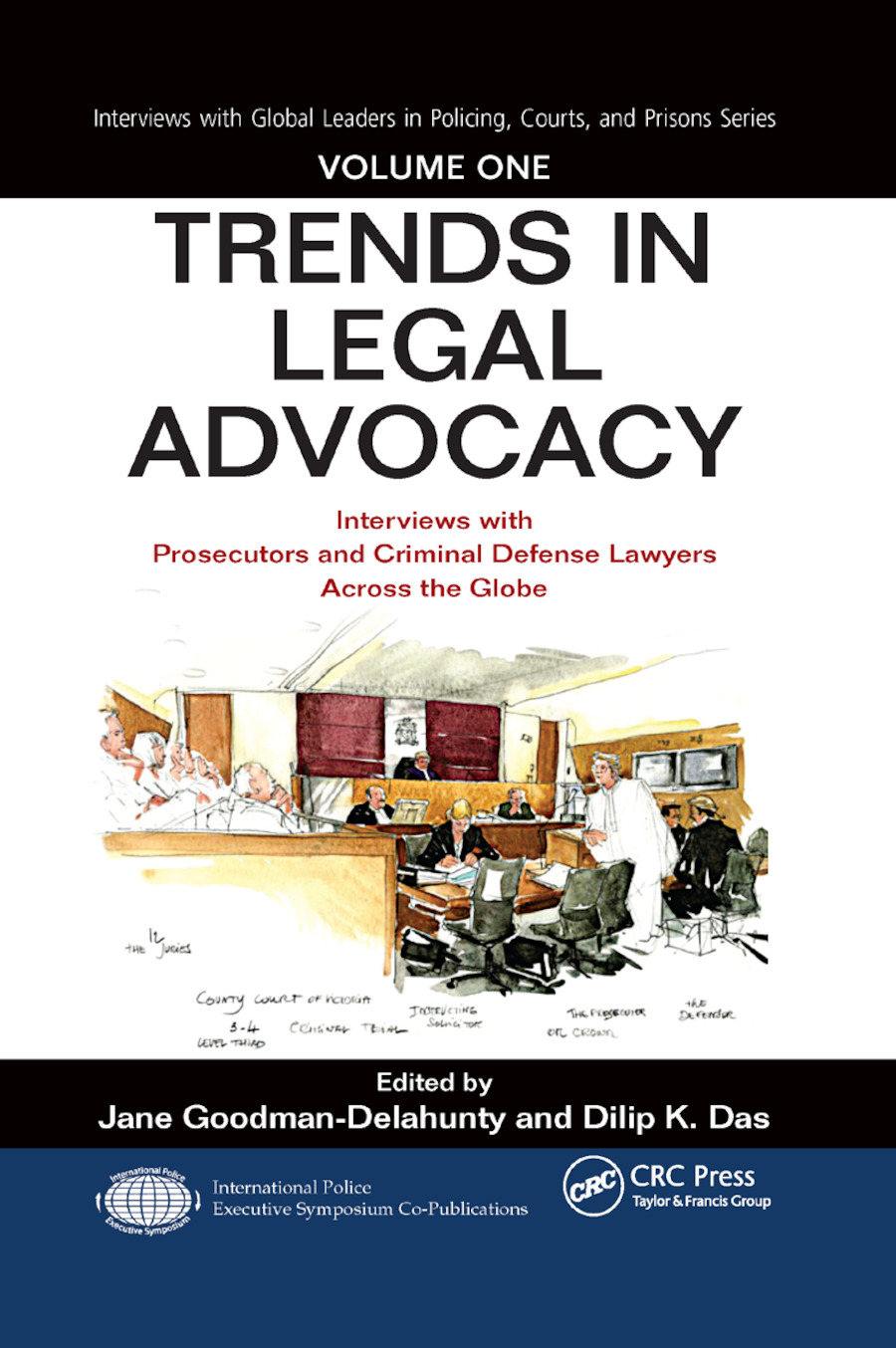 Interviews with Prosecutors and Criminal Defense Lawyers Across the Globe, Volume One, 1st Edition

A new installment of the series of Interviews with Global Leaders in Policing, Courts, and Prisons, this book expands upon the criminal justice coverage of earlier volumes, offering the voices of 14 lawyers from 13 diverse locales, including countries in Africa, North America, South America, Europe, and the Asia-Pacific region. This book is intended for students and others focusing on law and legal studies, policing, psychology and law, criminology, justice studies, public policy, and for all those interested in the front lines of legal change around the world.

Featuring versatile chapters perfect for individual use or as part of a collection, this volumeoffers a personal approach to the legal world for students and experienced professionals.

1. Introduction to Legal Advocacy Across the Globe

The Criminal Justice Process of Australia

The Criminal Justice Process of Belgium

The Criminal Justice Process of Bolivia

The Criminal Justice Process of Canada

The Criminal Justice Process of China

The Criminal Justice Process of India

The Criminal Justice Process of Japan

Jane Goodman-Delahunty, JD, PhD, is a Research Professor at Charles Sturt University. Trained in law and experimental psychology, she joined academe in Sydney, Australia in 2001. Her research is informed by her experience as a litigator, an administrative judge with the US Equal Employment Opportunity Commission, a JAMS-Endispute mediator, a Commissioner with the New South Wales Law Reform Commission and General Member of the New South Wales Civil and Administrative Tribunal. She is an elected Fellow of the American Psychological Association, a former editor of Psychology, Public Policy, & Law, and a past president of the American Psychology-Law Society and the Australian and New Zealand Association of Psychiatry, Psychology, and Law. Her empirical legal studies have been funded by the National Science Foundation, the Australian Institute of Criminology, the Australian Research Council, the Royal Commission into Institutional Responses to Child Sexual Abuse and the FBI High Value Detainee Group. Her research applies psychological scientific methods to promote evidence-based policies to enhance justice. She is author of over 150 scholarly books and articles.

Dilip Das is a professor of criminal justice, former police chief, founding editor-in-chief of Police Practice and Research: An International Journal, PPR, and a human rights consultant to the United Nations. After serving in the Indian Police Service for 14 years, he moved to the United States, where he later became the founding president of the International Police Executive Symposium (IPES), www.ipes.info, which is in special consultative status with the United Nations. He has authored, edited, and coedited more than 30 books and numerous articles, has received several faculty excellence awards, and was a Distinguished Faculty Lecturer.