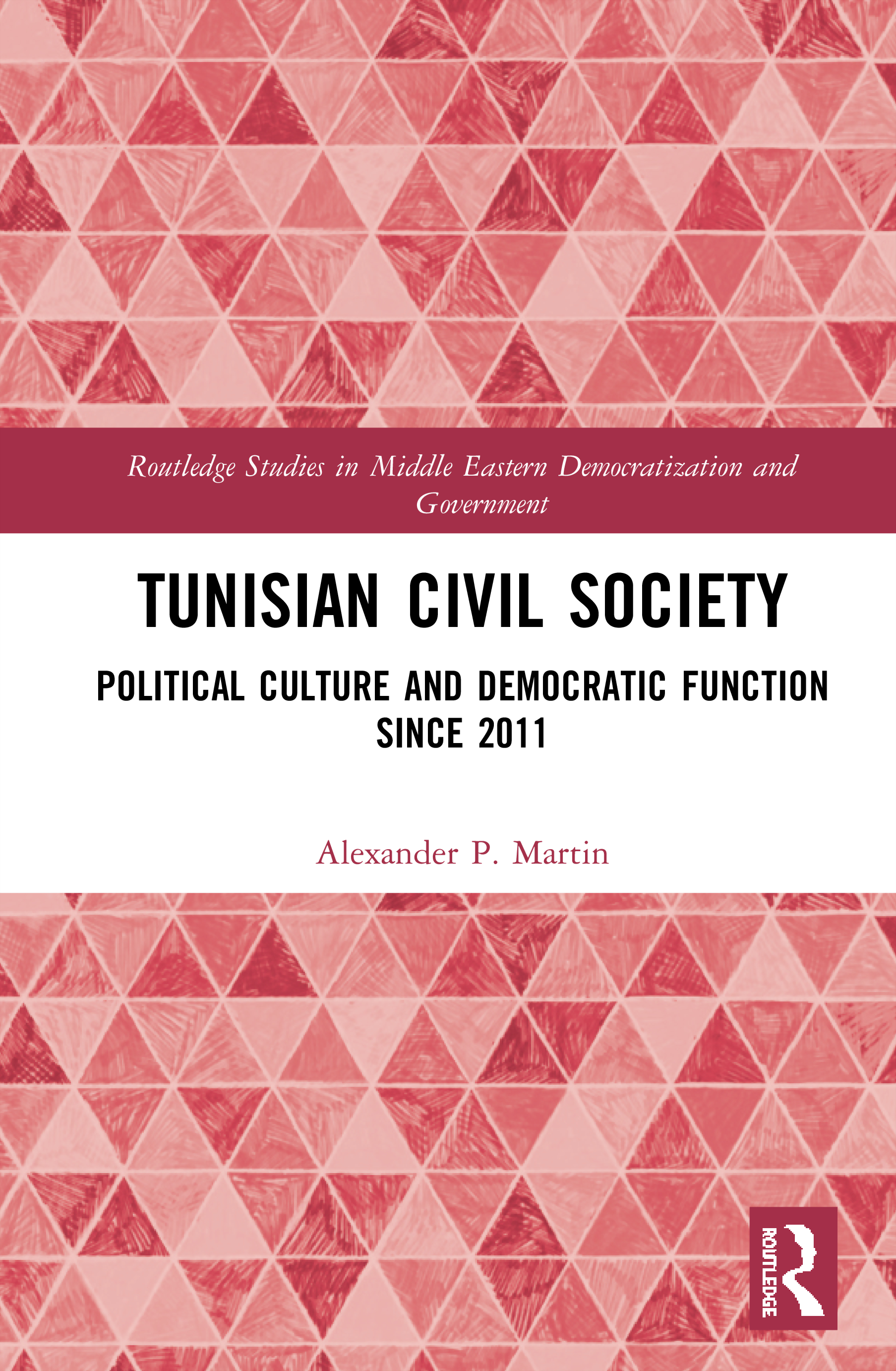 Investigating the political transition after the 2011 Tunisian revolution, this book explores whether civil society is fulfilling its democratic functions. Examining the existence of a civil political culture, that is identified through the presence of the six criteria of Freedom, Equality, Pluralism, Tolerance, Trust and Transparency.

The innovation of the volume lies in its critiques of the “transitology” literature, its illustration of the drawbacks of Culturalist and Orientalist narratives of Arab politics, and the complexity it notes with respect to civil society and its varied roles, especially that civil society is not always an unconditionally “good” or democratic force. Using a combination of survey, interview, and observation research approaches, these chapters engage with the development of democratic political culture and democratic knowledge in Civil Society Organisations (CSOs) by understanding how CSOs interact with the state, other CSOs, and its own members.

Presenting both critical theoretical arguments and extensive empirical evidence to demonstrate why Tunisia is such an important case, this book will be of interest to students and researchers interested in political culture, civil society and Middle East and North African studies.