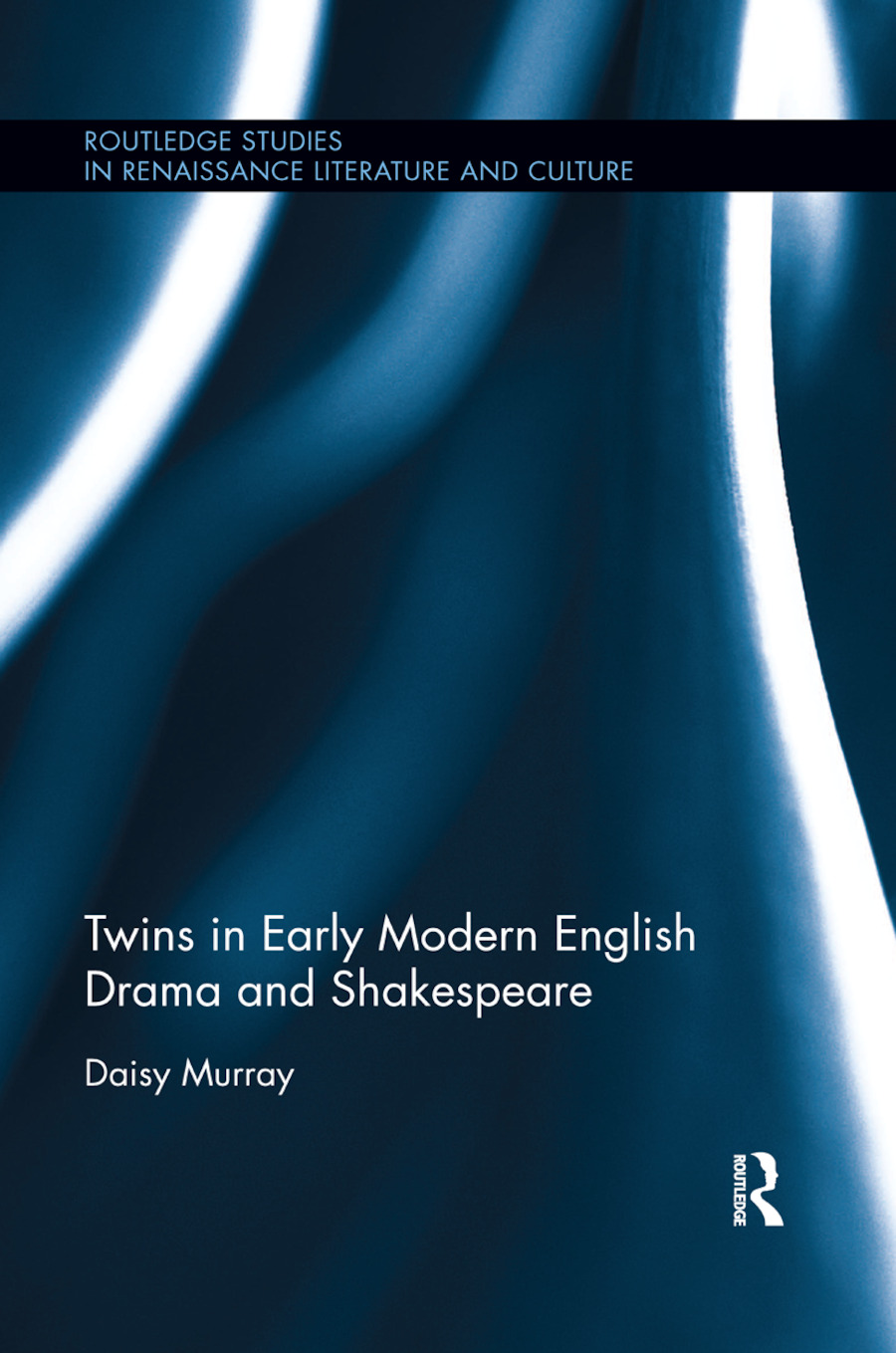 This volume investigates the early modern understanding of twinship through new readings of plays, informed by discussions of twins appearing in such literature as anatomy tracts, midwifery manuals, monstrous birth broadsides, and chapbooks. The book contextualizes such dramatic representations of twinship, investigating contemporary discussions about twins in medical and popular literature and how such dialogues resonate with the twin characters appearing on the early modern stage. Garofalo demonstrates that, in this period, twin births were viewed as biologically aberrant and, because of this classification, authors frequently attempt to explain the phenomenon in ways which call into question the moral and constitutional standing of both the parents and the twins themselves. In line with current critical studies on pregnancy and the female body, discussions of twin births reveal a distrust of the mother and the processes surrounding twin conception; however, a corresponding suspicion of twins also emerges, which monstrous birth pamphlets exemplify. This book analyzes the representation of twins in early modern drama in light of this information, moving from tragedies through to comedies. This progression demonstrates how the dramatic potential inherent in the early modern understanding of twinship is capitalized on by playwrights, as negative ideas about twins can be seen transitioning into tragic and tragicomic depictions of twinship. However, by building toward a positive, comic representation of twins, the work additionally suggests an alternate interpretation of twinship in this period, which appreciates and celebrates twins because of their difference. The volume will be of interest to those studying Shakespeare and Renaissance Literature in relation to the History of Emotions, the Body, and the Medical Humanities.

Chapter One: Tragedies: The Duchess of Malfi and The Cruel Brother

Chapter Two: Tragicomedies: The Devil’s Law Case, The Twins and The Lovesick Court

Chapter Three: Comedies: Changes: or, Love in a Maze, Patient Grissil, A Chaste Maid in Cheapside, Ignoramus and Senile Odium