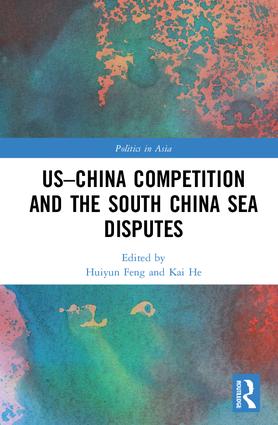 Edited by Huiyun Feng, Kai He

This edited book addresses these questions systematically and theoretically, with contributions from leading scholars in the field of US-China relations and Asian security from the United States, Australia, the United Kingdom, and Singapore. It elevates the analysis of the SCS disputes from maritime and legal issues to the strategic level between the United States and China.

1) Battlefield or Playground? The Rising Tensions between the United States and China in the South China Sea (Huiyun Feng and Kai He)

10) Security Regionalism: A New Form of Strategic Competition or Cooperation between the United States and China in the South China Sea? (Baogang He)

Huiyun Feng is Senior Lecturer in the School of Government and International Relations at Griffith University, Brisbane, Australia.

is Professor of International Relations in Griffith Asia Institute and Centre for Governance and Public Policy at Griffith University, Brisbane, Australia.