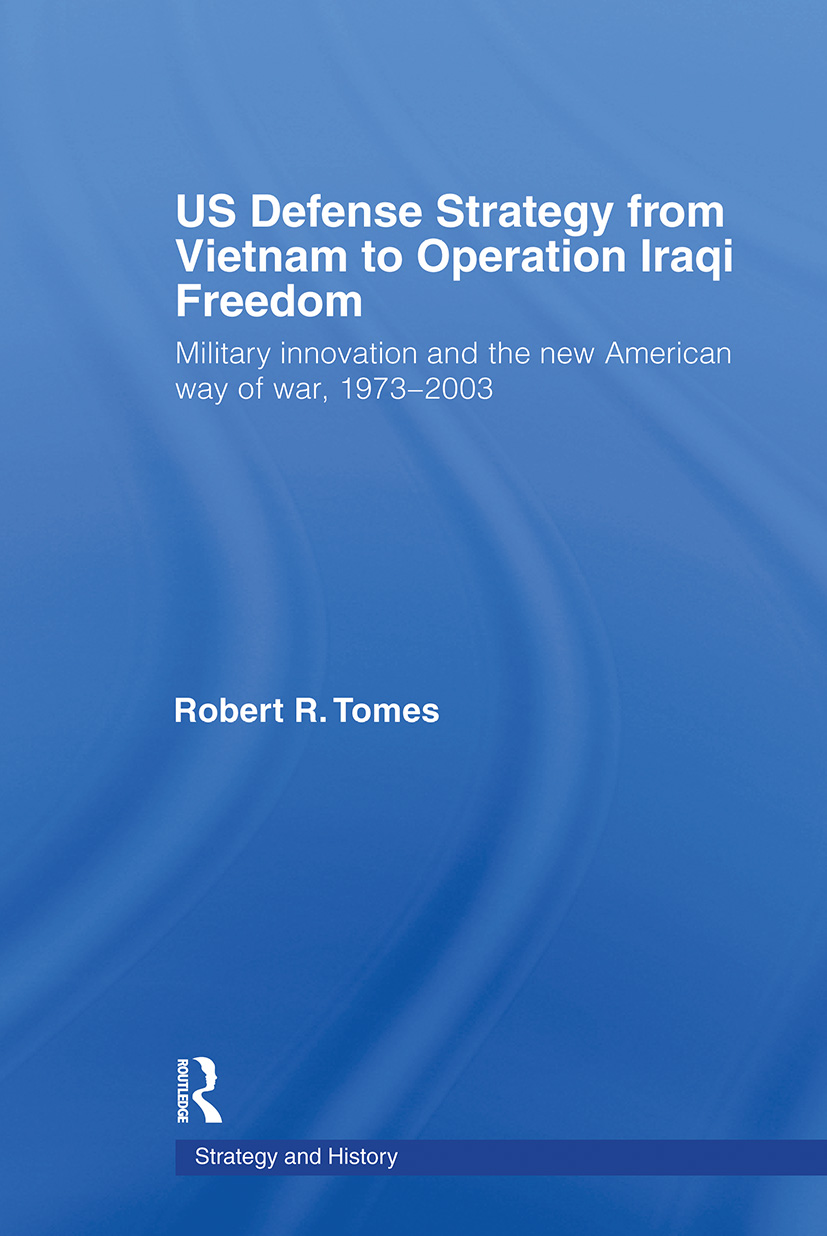 US Defence Strategy from Vietnam to Operation Iraqi Freedom

US Defence Strategy from Vietnam to Operation Iraqi Freedom examines the thirty-year transformation in American military thought and defence strategy that spanned from 1973 through 2003.

During these three decades, new technology and operational practices helped form what observers dubbed a 'Revolution in Military Affairs' in the 1990s and a 'New American Way of War' in the 2000s. Robert R. Tomes tells for the first time the story of how innovative approaches to solving battlefield challenges gave rise to non-nuclear strategic strike, the quest to apply information technology to offset Soviet military advantages, and the rise of 'decisive operations' in American military strategy. He details an innovation process that began in the shadow of Vietnam, matured in the 1980s as Pentagon planners sought an integrated nuclear-conventional deterrent, and culminated with battles fought during blinding sandstorms on the road to Baghdad in 2003. An important contribution to military innovation studies, the book also presents an innovation framework applicable to current defence transformation efforts.

This book will be of much interest to students of strategic studies, US defence policy and US politics in general.

‘This book offers a very thoughtful and sophisticated analysis of the processes and prospects of defense transformation. Drawing on the experience of the Cold War and the aftermath of the Vietnam war, it brings the reader right up to the current debates about "revolutions in military affairs" and the Bush Doctrine on preemption.’ Professor George Quester, University of Maryland

‘Essential reading in order to understand, from a military, technological and geopolitical perspective, the dramatic transformation on US defense posture from the end of World War II to the present "war on terrorism".’ Jacques S. Gansler, Vice President Research, University of Maryland, former Under Secretary of Defense (1997-2001)

‘If you really want to understand what has happened to the U.S armed forces since Vietnam, read this book.’ Professor Martin Van Creveld

'Combining a scholarly background with real world experience, Robert Tomes is one of the bright young national security analysts who will shape the foreign and security policies of the Unites States in the coming decades. US Defence Strategy from Vietnam to Operation Iraqi Freedom will establish him as a leading expert on military transformation. This conceptually grounded book provides historical account of the thirty year journey toward the modern U.S. military that is fighting in Iraq, Afghanistan and hotspots around the globe.' Dr Peter Dombrowski, Chair, Strategic Research Department, US Naval War College