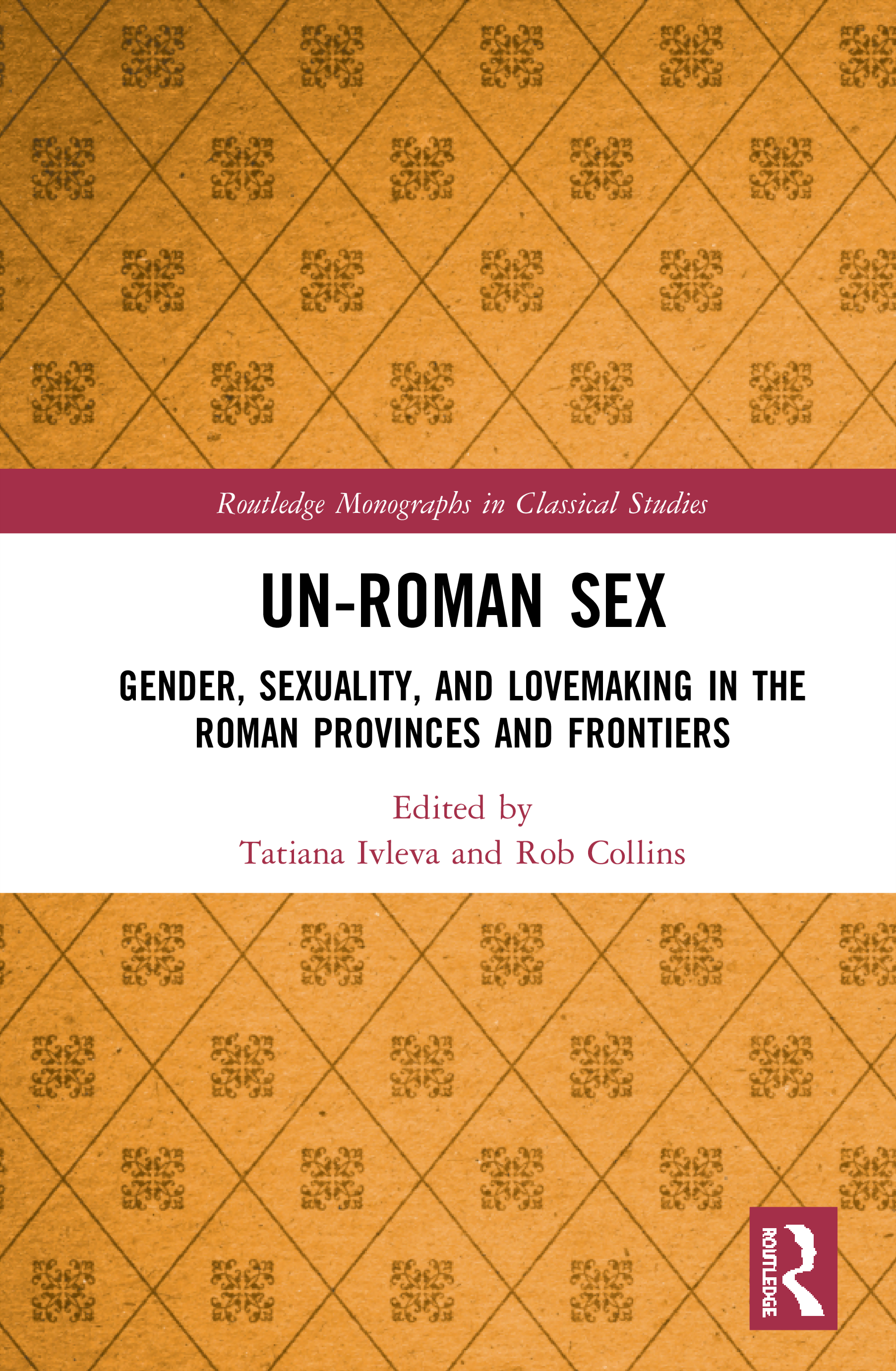 Gender, Sexuality, and Lovemaking in the Roman Provinces and Frontiers, 1st Edition

Un-Roman Sex explores how gender and sex were perceived and represented outside the Mediterranean core of the Roman Empire.

The volume critically explores the gender constructs and sexual behaviours in the provinces and frontiers in light of recent studies of Roman erotic experience and flux gender identities. At its core, it challenges the unproblematised extension of the traditional Romano-Hellenistic model to the provinces and frontiers. Did sexual relations and gender identities undergo processes of "provincialisation" or "barbarisation" similar to other well-known aspects of cultural negotiation and syncretism in provincial and border regions, for example in art and religion? The eleven papers that make up the volume explore these issues from a variety of angles, providing a balanced and rounded view through use of literary, epigraphic, and archaeological evidence. Accordingly, the contributions represent new and emerging ideas on the subject of sex, gender and sexuality in the Roman provinces.

As such, Un-Roman Sex will be of interest to higher-level undergraduates, and graduates/academics, studying the Roman empire, gender and sexuality in the ancient world, and Roman frontiers.

1. Venus’ mirror: Reflections of gender and sexuality in the Roman Empire

Part I: Seeing (Beyond) Sex

2. On a knife-edge: An image of sex and spectacle from Roman north-west Europe

4. His and Hers: Magic, materiality, and sexual imagery

Part II: Representations and Performance of the Feminine (Or is it?)

5. Barbie-bodies and coffee beans: Female genital imagery in the Mediterranean and the northwest provinces of the Roman Empire

6. Female status and gender on Roman frontier in Britain: Between representation and

7. Dressed for death? A study of female-associated burials from Roman-period Slovenia

Part III: The Stuff of "Man"

8. Coming out of the provincial closet: Masculinity, sexuality and same-sex sexual relations amongst Roman soldiers in the European northwest, first–third centuries A.D.

9. The phallus and the frontier: The form and function of phallic imagery along Hadrian’s Wall

Tatiana Ivleva has a special interest in the study of provincial corporeal culture in its various embodiments, ranging from personal dress adornments made of copper-alloy and glass to the epigraphic visibility of sexual and other relationships. As a material culture specialist of the Roman frontier and provincial regions, her research showcases the power of the everyday objects in disentangling the past activities of the inhabitants at the edges of the Roman world. Her publications include Embracing the Provinces: Society and Material Culture of the Roman Frontier Regions (2018) and papers on migration and mobility, family formations in the Roman army, and experimental archaeology. Tatiana is Visiting Research Fellow at Newcastle University (UK).

is a specialist of Roman frontier studies and small finds, with a particular focus on late antiquity, and his research explores themes of identity, place, and regionality. His monograph, Hadrian’s Wall and the End of Empire (2012),was the first comprehensive study of a late Roman frontier. Other publications include Hadrian’s Wall 2009-2019 (2019), Roman Military Architecture on the Frontiers (2015), and Finds from the Frontier (2010). Rob is a Lecturer at Newcastle University (UK).