Uncertainty Quantification (UQ) is an emerging and extremely active research discipline which aims to quantitatively treat any uncertainty in applied models. The primary objective of Uncertainty Quantification in Variational Inequalities: Theory, Numerics, and Applications is to present a comprehensive treatment of UQ in variational inequalities and some of its generalizations emerging from various network, economic, and engineering models. Some of the developed techniques also apply to machine learning, neural networks, and related fields.

Joachim Gwinner is a retired Professor at the University of the Federal Army Munich. He earned his Ph.D. from University Mannheim in 1978. Then he was with Daimler-Benz company at Stuttgart for six years. After that, he became an Assistant Professor at Technical University Darmstadt and earned his Habilitation in 1989. His research interests lie in nonlinear and variational analysis, numerical analysis of partial differential equations, optimization theory and methods, and applications in continuum mechanics. He is the co-author of the monograph Advanced Boundary Element Methods: Treatment of Boundary Value, Transmission and Contact Problems.

earned her Ph.D. in Applied Mathematics and Scientific Computing from Friedrich-Alexander University Erlangen-Nuremberg (Germany) in 2004, and she is an Associate Professor at the School of Mathematical Sciences at the Rochester Institute of Technology. Her research interests and publications are in the numerical analysis of partial differential equations, finite element methods, parameter identification in partial differential equations, and stochastic equilibrium problems.

is a Professor at the Rochester Institute of Technology. His research interests include inverse problems, optimal control, variational inequalities, and set-valued optimization. He is a co-author of the monograph Set-valued Optimization: An Introduction with Applications, Springer (2015) and co-editor of Nonlinear Analysis and Variational Problems: In Honor of George Isac, Springer (2009).

earned his Ph.D. in Theoretical Physics from the University of Catania (Italy), where he has been an Assistant Professor and then an Associate Professor of Mathematical Analysis. He is currently an Associate Professor of Operations Research at the University of Catania and has received the National (Italian) Habilitation as a Full Professor of Operations Research. He has published research work in the field of variational inequalities, optimization, inverse problems, and stochastic equilibrium problems. 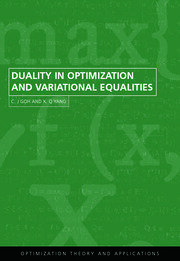 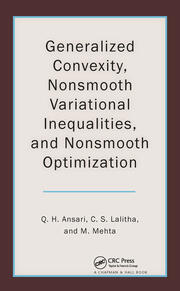 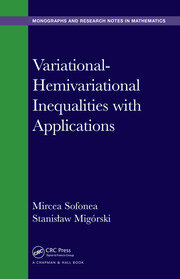