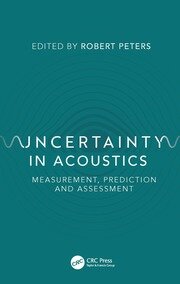 The book collates information from the various Standards and from research, with explanation, examples and case studies. It enables estimation of uncertainty in the measurement and prediction of acoustic quantities, suitable for use in environmental impact and occupational exposure assessments. It is for acoustic consultants, mechanical and building service engineers, architect and building professionals and environmental health officers.

Bob Peters worked for more than forty years in acoustics and noise control – teaching, research, consultancy. He was a principal acoustic consultant with Applied Acoustic Design, a senior research fellow at London South Bank University, and a tutor on Institute of Acoustics distance learning courses.

2. Introduction to Uncertainty in Acoustic Measurements

4. Uncertainty in the Prediction of Sound Levels

8. Uncertainty Associated with the Measurement of Sound Insulation in the Field

10. Uncertainty in the Measurement of Noise Emission from Plant and Machinery

11. Uncertainty in the Measurement of Vibration Levels

Dr. Bob Peters passed away early on 22nd June 2019. Bob was well known for his unbridled enthusiasm for and contributions to acoustics education. I had the pleasure and privilege of working with him for many years through both the Open University and the Institute of Acoustics (IOA).

Bob studied Physics at Imperial College, London, graduated in 1965 and stayed on to study for a PhD in Physics which included taking the Chelsea College MSc in Acoustics and Vibration Physics, taught by Professor R W B Stephens. Bob remained at Imperial as a research assistant in underwater acoustics until 1969 and obtained his PhD, supervised by Professor Stephens, in 1971.

After three years researching diesel engine noise for CAV Ltd and two years teaching at Twickenham College of Technology, Bob moved to North East Surrey College of Technology (NESCOT) where he remained for 23 years. He started and ran Diploma and MSc programmes at NESCOT until 2010. Few acousticians will be unaware of Bob’s text ‘Acoustics and Noise Control’ (3rd edition is published by Routledge). This was the basis for much of Bob’s rewrite of the General Principles of Acoustics Module for the IOA Diploma in 2008. While at NESCOT, Bob was a guest lecturer in acoustics on undergraduate and postgraduate courses at many other institutions, including the University of North London, Oxford Brookes University, Imperial College and UCL. For around 25 years, until 2017, he delivered a significant part of the MSc in Environmental and Architectural Acoustics at London South Bank University. He also acted as an examiner for several PhD students around the country.

After retiring from NESCOT, he embarked on a new career in consultancy, while continuing with a range of teaching activities. For 22 years he worked part time as Principal Consultant with Applied Acoustic Design (AAD) where his main responsibilities included computer modelling of indoor spaces and expert witness duties.

In addition to his involvement with the Diploma, Bob worked tirelessly in many other ways for the IOA and contributed enormously to the life of the Institute for over 40 years. Bob chaired the Industrial Noise Group (a forerunner of the current Noise and Vibration Engineering Group, NVEG) from 1992 to 1997, and was the technical organiser of two of the Institute’s Autumn conferences on industrial noise, held at Windermere in 1987 and 1989. He also chaired the programme committee for the 1992 Euronoise conference, held in London.

Bob represented the IOA on several national and international committees. He chaired the CIBSE committees responsible for rewriting the Acoustics sections of CIBSE Guides A and B and was a member of the BSI committee revising BS 6472 on the measurement and assessment of human response to vibration in buildings. At an international level, Bob was the IOA representative on the I-INCE technical sub group (TSG3) on noise policies and regulations.

He became a corporate member of the IOA (MIOA) in 1977, a Fellow in 1980 and was elected as an Honorary Fellow in 2008. He served as Vice-President for Group and Branches from 1992 to 1998 and received an IOA Distinguished Services Award in 2008. In 2013 he was awarded the R W B Stephens Medal in recognition of his extensive and outstanding work in acoustics education. At the time, Bob commented that this was particularly appropriate since Professor Stephens, as well as being his PhD supervisor, had been his proposer for membership in 1977 and for his Fellowship in 1980.

Bob was the fifth Chair of the IOA Education Committee, serving from 1994 to 1998 and more recently he took over as the ninth Chair in 2015 until standing down due to ill health in 2017. During these periods Bob was instrumental in starting the IOA’s certificate courses, acting as Chief Examiner for the Certificate of Competence in Workplace Noise Risk Assessment for several years and in creating the distance learning version of the Diploma after its major restructuring in 2008. In 2000, Bob became the first Project Examiner for the Diploma in which role he undertook to visit every Diploma Centre each year. He pursued this exhausting schedule every year until 2018.

Despite being nominally an ‘Examiner’, Bob was not backward in giving fellow examiners a hard time regarding the accuracy, clarity and length of questions, being particularly severe on those setting the examinations for the General Principles of Acoustics Module. Bob became the Senior Tutor for the tutored distance learning version of the Diploma and was the primary tutor for the St. Albans group and, before the most debilitating stage of his illness, planned to carry on with its successor the Milton Keynes group.

Bob was a great supporter of the Open University which necessitated the family acquiring a television and a telephone in the mid-1970s. He was a course tutor for a long period on the second and third level courses concerned with pollution control. He helped me, as author, particularly on the noise block of the third level course. Subsequently, Bob found the time to study for an Arts degree which he was awarded in 1995.

Bob was the last to acknowledge the severity of his illness or of the side-effects suffered from the intensive treatment he was receiving. While accepting, temporarily, that the loss of an effective immune system as a result of treatment made it impossible for him to travel by public transport, it was clear from telephone conversations with him in early 2019, that he fully expected to be back contributing to the Diploma as normal. Those attempting to fill the ‘tutor’ gap left by Bob, are finding that his is a hard act to follow. He will be sorely missed.

Bob must have been one of the most widely recognised figures in the UK acoustics world, regarded with great affection by all who knew him. Here are some quotes from former colleagues and students on hearing of Bob’s death:

Bob gave great and long service to the IOA through many activities not least of which was his enthusiastic and authoritative support for education in general and for the Diploma in particular and many of us will have one or more versions of Acoustics and Noise Control on our shelves. We will miss that contribution very much, especially at the moderation meetings where he could reliably seek and often find a mark or two to get candidates over the line

He was such a lovely guy - and one of best teachers of acoustics in the country. We were so lucky to have him teaching on the MSc [at LBSU] - I think I recruited him as a PT lecturer about 30 years ago and he has been with us ever since.  The course would have folded without him. And he did SO much for the IOA nationally and locally too

A generation of acousticians was taught by Bob, either directly in face-to-face encounters or through his textbook.  All who were privileged to know him will have witnessed his profound commitment to acoustics education and experienced his generosity with his time and, also, his own tireless drive to learn as well as to teach

That’s really sad to hear, but I’m glad I got the opportunity to be taught by him – he could explain complex subjects in a clear and understandable way which is a very rare thing to be able to do as any kind of teacher (or consultant!), as well as being an extremely helpful and friendly guy. Will be missed!

(Consultant and member of IOA Education Committee and STEM WG)

(Consultant and former Chair of the IOA Education Committee)

Bob will be greatly missed by many of his students – including me!
He was a fantastic teacher as well as a fantastic acoustician. As a colleague he would often ask a question that would leave you thinking for weeks. He was both challenging and supportive in all the right ways.

Bob’s motivation for producing this book is illustrated by the quotations used to precede his original draft for Chapter 2.

"When reporting the result of a measurement of a physical quantity, it is obligatory that some quantitative indication of the quality of the result be given so that those who use it can assess its reliability. Without such an indication, measurement results cannot be compared, either among themselves or with reference values given in a specification or standard. It is therefore necessary that there be a readily implemented, easily understood, and generally accepted procedure for characterizing the quality of a result of a measurement, that is, for evaluating and expressing its uncertainty." [ISO/IEC Guide 98-3:2008 Uncertainty of measurement — Part 3: Guide to the expression of uncertainty in measurement (GUM:1995): Introduction paragraph 0.1].

"A measurement result is complete only when accompanied by a quantitative statement of its uncertainty". [Stephanie Bell in the Measurement Good Practice Guide no. 11, A Beginner's Guide to Uncertainty of Measurement, National Physical Laboratory, issue 2, 2001)]

This book is about how to quantify, minimise and evaluate such uncertainties in acoustical measurements.

Its publication is a fitting tribute to Bob’s passion for acoustics and is dedicated to his memory. It is an honour to have been given the opportunity to contribute as Technical Editor. 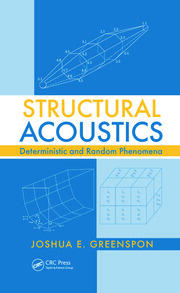 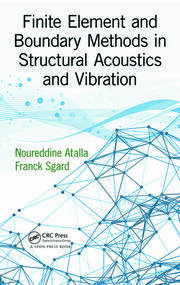 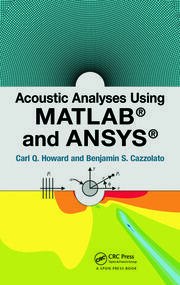