This bestselling textbook provides students and users of analytical instrumentation with an understanding of these instruments, covering all major fields of instrumentation. Each chapter provides a discussion of the fundamental principles underlying the techniques, descriptions of the instrumentation, and numerous applications. The chapters also contain updated bibliographies and problems, and most have suggested experiments appropriate to the techniques. This updated edition is ideal for teaching undergraduates and those with no analytical chemistry background how today’s instrumentation works and its uses and limitations.

Thomas J. Bruno was group leader in the Applied Chemicals and Materials Division at NIST, Boulder, Colorado before retiring in 2019. He received his B.S. in chemistry from Polytechnic Institute of Brooklyn, and his M.S. and Ph.D. in physical chemistry from Georgetown University. He has published over 270 research papers, 8 books, and has been awarded 10 patents. He serves as associate editor of the CRC Handbook of Chemistry and Physics, and associate editor for Fuel Processing Technology.

earned his BS (Hons), PhD, and DSc from the University of Birmingham, England. A fellow of the Royal Society of Chemistry, he was author of 250 research papers, book chapters, and several books. He was editor in chief of Spectroscopy Letters and the Journal of Environmental Science and Health (both Marcel Dekker, Inc.); executive editor of Handbook of Spectroscopy Vol. 1 (1974), Vol. 2 (1974), Vol. 3 (1981); and Practical Handbook of Spectroscopy (1991) (all CRC Press). Professor Emeritus James W. Robinson passed away in November, 2018, at 95 years of age.

earned his AB in chemistry from Harvard College, Cambridge, Massachusetts, and his PhD in analytical chemistry from Rutgers University, New Brunswick, New Jersey. He is a retired scientific director, Chemical Biomonitoring Section of the Wadsworth Laboratory, New York State Department of Health, Albany. He has a wide range of experience in analytical chemistry and has worked at the GE Corporate R&D Center (now GE Global Research), Pfizer Central Research, the US Coast Guard R&D Center, the Maine Medical Center, and in the US Air Force Biomedical Sciences Corps. 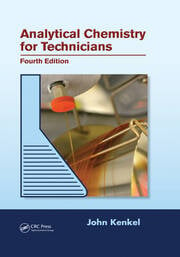 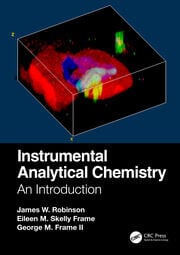 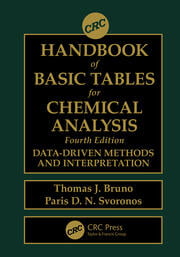