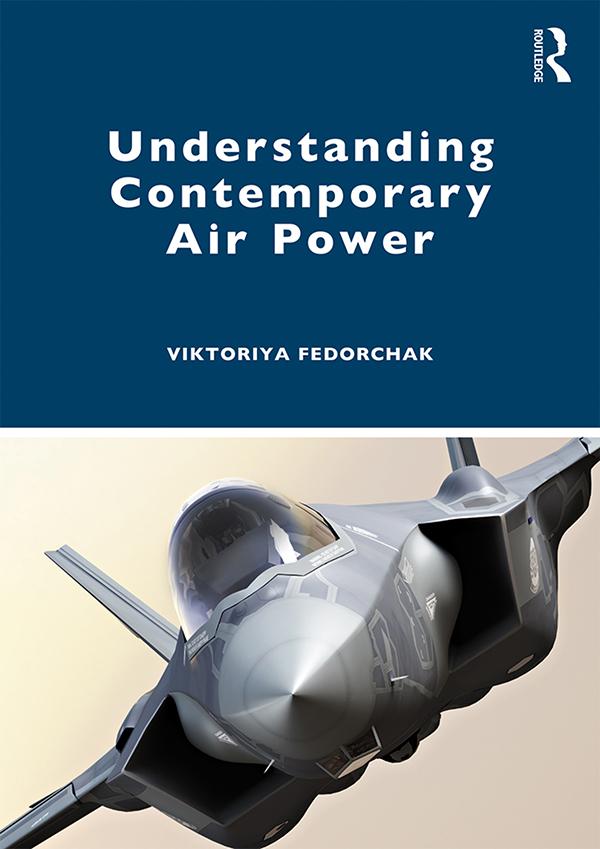 This book aims to explain air power to both military and civilian audiences in an accessible manner, approaching the topic in a balanced and systematic way.

The past 100 years illustrates that air power is an inevitable feature of any type of modern warfare. It has a key role to play in any of the three main operational environments: conventional (interstate) wars, peace-support operations and counterinsurgencies. This book examines the strengths and challenges of using air power in these situations, and each type of operation is explained using modern and historical examples, with an emphasis on the relevant lessons for the contemporary and future use of air power.

The book also looks into the complexity of media coverage of air warfare and changes in the public perception of air power in recent years. The specifics of structuring national air forces is also discussed, along with the future of air power based on current trends. One of the enduring themes in the book is the necessity of inter-service and cross-domain integration, emphasising the increasingly important role of cyber and space domains in the future of network-centric warfare.

'This textbook sets out to provide the context and to explore the issues and ideas required to understand the contemporary use of airpower in its different operating environments. Fedorchak examines and explains relevant theory and concepts before addressing fundamental roles, to provide a comprehensive analysis of the theory and practice of airpower today. The book will be extremely useful for anyone interested in modern military operations, and will be especially valuable for those seeking to understand what militaries can achieve in and from the third-dimension.’--Ian Speller, Maynooth University, Ireland

'Viktoriya Fedorchak offers an excellent textbook on contemporary air power. The book represents a fresh and insightful study of the utility of air power in peace support operations, counter-insurgency campaigns and conventional warfare. It provides a scholarly assessment of theory, roles and functions and the place of air power in the larger context of civil society. It also offers an honest account of air power’s strengths and limitations, as well as prudent advice on its future applicability. This book should be essential reading for anyone interested in the use of military force in today’s world.'-- Colonel John Andreas Olsen, Royal Norwegian Air Force

2. Evolution of air power theory and thinking on air power

3. Defining the factors for successful air power: People, technology and political will

Conclusion: What does the future bring?

Viktoriya Fedorchak is Lecturer in European Studies at the Norwegian University of Science and Technology (NTNU), Trondheim, Norway, and previously taught courses to the Irish Defence Forces at the Military College, Curragh, Ireland.She is author of British Air Power: The Doctrinal Path to Jointery (2018).