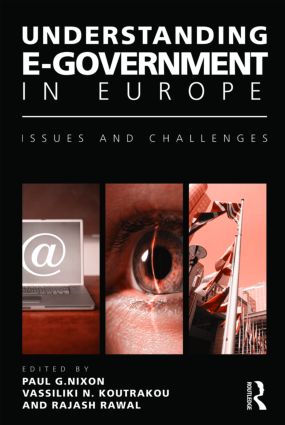 This volume critically explores the contentions in the emerging debate surrounding new media technologies and the extent to which they are challenging traditional political and government models.

Examining a range of citizen/government interactions which together form e-government in different contexts, this book assesses the potential of new media technologies to facilitate new institutional patterns for governance and participation, as experienced primarily, but not only, across Europe. Analysing a range of challenges spanning from those of a technological and conceptual nature to those of a more political and legal nature, the authors scrutinise the central policies at governmental and organisational levels and consider the following questions:

This comprehensive text will be of interest to students and scholars of public policy, politics, media and communication studies, sociology, law and European studies. It will also offer insights of relevance to practitioners and policy-makers in regional, national, and transnational governance, reform and innovation.