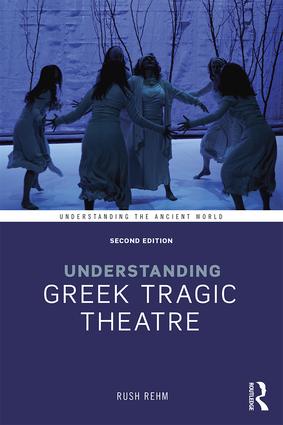 Emphasizing the political nature of tragedy as a theatre of, by, and for the polis, Rehm characterizes Athens as a performance culture, one in which the theatre stood alongside other public forums as a place to confront matters of import and moment. In treating the various social, religious and practical aspects of tragic production, he shows how these elements promoted a vision of the theatre as integral to the life of the city – a theatre whose focus was on the audience.

The second half of the book examines four exemplary plays, Aeschylus’ Oresteia trilogy, Sophocles’ Oedipus Tyrannus, and Euripides’ Suppliant Women and Ion. Without ignoring the scholarly tradition, Rehm focuses on how each tragedy unfolds in performance, generating different relationships between the characters (and chorus) on stage and the audience in the theatre.

"This new edition will be a great resource – and an enjoyable read – for anyone interested in Greek tragic theatre. As both scholar and actor/director, Rush Rehm knows the right questions to ask, and his answers are richly informative and thought-provoking."

"As a classicist and theater director, Rehm is well suited to offer an insightful analysis of Greek tragedy that emphasizes aspects of performance. In this second edition of Understanding Greek Tragic Theatre, the author offers limited changes: though the notes have been thoroughly updated, the sections and chapter titles are identical in both editions."

"In a thriving time of general introductions on Greek tragedy, Rehm’s Understanding Greek Tragic Theatre stands out as a non-conventional account of tragic theatre, making it lively reading for scholars and students alike. In this volume, Rehm presents a coherent and fascinating reading of Athenian tragedy and theatre as part and parcel of a "performance culture", a working definition that Rehm had the merit to put to good use before, as he reminds his readers, it became a cliché on fifth-century Athens … Rehm offers a fresh and engaged look at the dynamics of Athenian tragic theatre."

A note on translations and editions

Part I The social and theatrical background

1 The Performance Culture of Athens

4 The Theatre Of Dionysus

Rush Rehm is Professor of Classics and Theater and Performance Studies at Stanford University, USA. He is also a freelance actor and director, and Artistic Director of Stanford Repertory Theater.