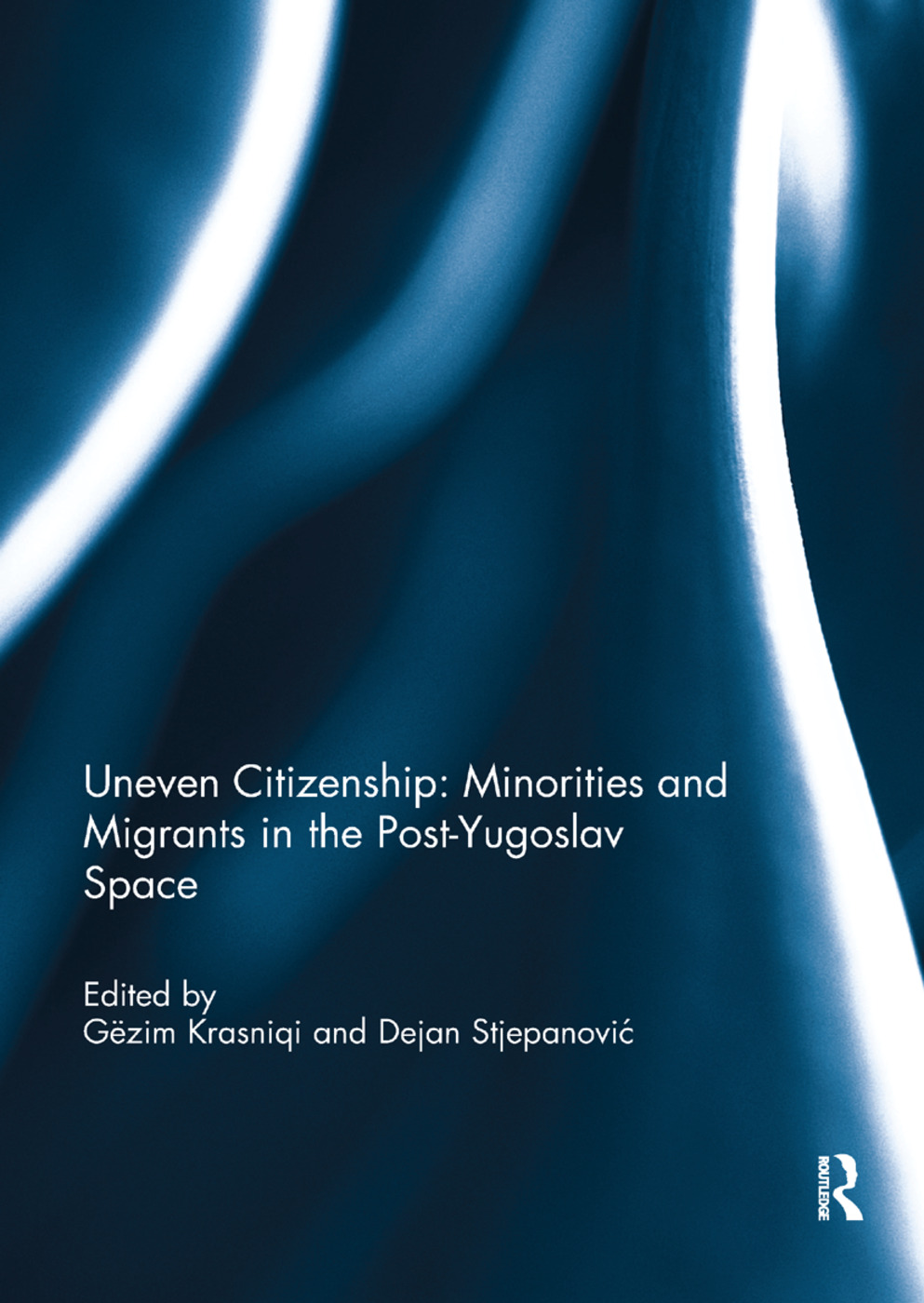 Uneven Citizenship: Minorities and Migrants in the Post-Yugoslav Space

This book focuses on the relations between citizenship and various manifestations of diversity, including, but not exclusively, ethnicity. Contributors address migrants and minorities in a novel and original way by adding the concept of ‘uneven citizenship’ to the debate surrounding the former Yugoslavian states. Referring to this ‘uneven citizenship’ concept, this book not only engages with exclusionary legal, political and social practices but also looks at other unanticipated or unaccounted for results of citizenship policies.

Individual chapters address statuses, rights, and duties of refugees, internally displaced persons (IDPs), returnees, Roma, and ‘claimed co-ethnics’, as well as various interactions between dominant and non-dominant groups in the post-Yugoslav space. The particular focus is on ‘migrants and minorities’, as these are frequently overlapping categories in the post-Yugoslav context and indeed more generally. Not only is policy framework addressed, but also public understanding and the socio-historical developments which created legally and culturally stratified, transnationally marginalized, desired and claimed co-ethnics, and those less wanted, often on the margins of citizenship. This book was originally published as a special issue of Ethnopolitics.

2. Whose Rights, Whose Return? The Boundary Problem and Unequal Restoration of Citizenship in the Post-Yugoslav Space Biljana Ðordević

Gëzim Krasniqi is the Alexander Nash Fellow at the School of Slavic and East European Studies, University College London, UK. He holds a Ph.D. in Sociology from the University of Edinburgh, UK.

is an IRC Post-Doctoral Fellow at the University College Dublin, Ireland. He holds a Ph.D. in Political and Social Sciences from the European University Institute, Florence, Italy.

Association for the Study of Nationalities

The books in this series focus on the dynamics and interactions of significant minority and majority nationalisms in the context of globalisation and their social, political and economic causes and consequences. Each book is focused on an important topic drawn from the rigorously peer-reviewed articles published in Nationalities Papers and Ethnopolitics, and includes authoritative theoretical reflection and empirical analysis by some of the most widely recognized experts in the world.