Unleashing the Power of 3P
The Key to Breakthrough Improvement

Unleashing the Power of 3P: The Key to Breakthrough Improvement

Recent improvements at Enterride’s Trail Rider Memphis Operation bought Pete Grant, the Trail Rider Plant Manager, and his team a little more time, but Pete knew much more was needed to save the plant. They needed a breakthrough, a true game changer. Then someone told Pete about a process called 3P that could lead to unprecedented improvement when utilized during major change programs. Could this be just what he was looking for?

Unleashing the Power of 3P: The Key to Breakthrough Improvement follows Pete and his team as they journey through Lean and the Production Preparation Process (3P). Using an easy-to-follow story, it allows readers to tag along as the team learns how to trim waste, increase efficiency, and bring their plant back from the brink. You’ll learn from the team’s mistakes and follow them as they visit a hospital and learn how Lean and 3P can be applied in any industry. A go-to guide for 3P execution, this book:

The book outlines time-tested methods that can be applied to any combination of product, process, and facility design to reduce costly redesign iterations and associated delays. Based on a true story, it takes you on a journey as Enterride completes a new production start-up in dramatically reduced time and cost. Lean and 3P can transform your organization. Let Enterride’s journey show you just how transformative they can be.

A Case for Change
Pre-3P: The Art of Air Guitar
The Moonshiner
Building a Case
Preparing for the Preparing
The Right Start
A Benchtop View
Simulate-Observe-Kaizen-Repeat
The Other Flows
The Vertical Start-Up
Glossary
Index

Dan McDonnell is Vice President for Operational Excellence at Ingersoll Rand and currently helping them drive a total Enterprise transformation to premier performance, using Operational Excellence, which in part is consisting of Toyota’s 3P process, Dan spent 15 years at General Electric in a number of Plant Manager and Manufacturing General Manager roles, ultimately helping their Transportation business drive a major Lean conversion. Prior to General Electric, as VP Manufacturing for Multilin, he championed a significant Lean transformation, and it was there he started to dabble in what he thought was the essence of 3P, in the absence of a lot of public information on the topic. Even the partial application of a full 3P process led to strong gains where it was applied. This continued throughout his GE career, culminating in the learning of, and application of, a total 3P process based on the Toyota Way, under the guidance of the Shingijutsu Corporation. The phenomenal results achieved through these lessons and applications, saw 3P spread at a wildfire pace through General Electric. Dan also learned much of his Operational Excellence knowledge base with 20 years in a variety of volunteer leadership roles within the Association for manufacturing Excellence, and all of the networking opportunities that provided with a myriad of great Lean practitioners.

Drew Locher is currently the Managing Director for Change Management Associates. CMA provides Lean Enterprise Consulting and Organizational Development services to industrial and service organizations representing a wide variety of industries including: Healthcare, Transportation, Distribution, Education, Financial Services and Manufacturing. Drew first became involved in the development and delivery of innovative Business Improvement programs while working for General Electric in the 1980s. In 1990, Drew left GE to form CMA. In 2004, Drew co-authored a book titled, The Complete Lean Enterprise – Value Stream Mapping for Administrative and Office Processes. The book won a 2005 Shingo Prize for Manufacturing Excellence in Manufacturing Research. In 2008 he published a book titled, Value Stream Mapping for Lean Development – a How-to Guide for Streamlining Time to Market. This book demonstrates the application of Lean Thinking to the "problem solving" value stream. His third book titled Lean Office and Service Simplified: the Definitive How-to Guide was released in February 2011. 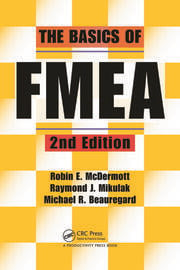 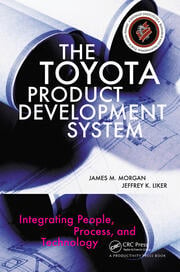 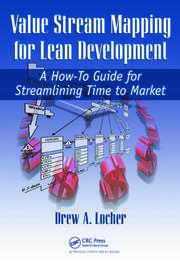