Exploring how UTM is expected to operate, including possible architectures for UTM implementations, and UTM services, including flight planning, strategic coordination, and conformance monitoring, Unmanned Aircraft Systems Traffic Management: UTM considers the boundaries of UTM and how it is expected to interlace with tactical coordination systems to maintain airspace safety. The book also presents the work of the global ecosystem of players advancing UTM, including relevant standards development organizations (SDOs), and considers UTM governance paradigms and challenges.

6. The Future of UTM

Michael S. Baum JD, MBA, ATP, is an aviation consultant, and founder & Permanent Editorial Board member of the Aviators Code Initiative (ACI). He is an active participant and contributor to various forums developing manned and unmanned aviation standards and safety best practices. Previously Baum served as vice president and executive committee member at VeriSign (VRSN), IT security law and policy consultant at Independent Monitoring, LLC, and a Network Analyst at BBN Technologies (now Raytheon). Prior thereto he practiced law in Boston. He was founder and chair of the Electronic Commerce Division and Information Security Committee of the American Bar Association’s Science and Technology Law Section, an observer to the United Nations Commission on International Trade Law (UNCITRAL), chairman, of the International Chamber of Commerce (ICC Paris) ETERMS Working Party, and vice chairman of the ICC Electronic Commerce Commission. He has been board member of ANSI ASC X12, The Jurimetrics Journal (ABA/ASU), The PKI Forum, and the Charles Babbage Foundation, as well as various IT enterprise advisory boards.

Baum is a graduate of Western New England University School of Law and is a member of the Massachusetts Bar. He received his MBA from the Wharton School at the University of Pennsylvania. He is an FAA-certificated Airline Transport Pilot in single engine aircraft and holds Private Pilot certification with airplane single engine sea, multiengine land, rotorcraft-helicopter, and glider ratings. He is also an Advanced Ground Instructor.

"Michael Scott Baum took a UTM raw diamond, cut and polished it, and then explored every facet in detail. Information is sourced from the true industry experts who are building, integrating, and standardizing UTM across the world. Multiple, sometimes opposing, viewpoints are given to give the reader an understanding of the complexity of this nascent field and the directions in which it may evolve."

"This book is a must-read for UTM professionals and enthusiasts alike. Mr. Baum gives an in-depth, comprehensive understanding on a rapidly developing space. With a focus on understanding the basics, the book provides a terrific introduction to the concept and field of UTM."

"Michael has been able to take a pick apart the relevant elements of UTMS, which is a highly complex subject, and brought it to life through extensive research. His expertise on the subject is truly highlighted throughout the chapters of this book. From the design phase with NASA, or first operations with the UAS Test Sites, Michael has walked the reader from the early development stages of UTM all the way through the initial implementation steps for all users." 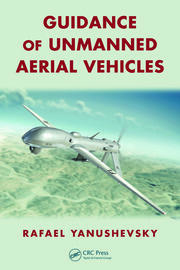 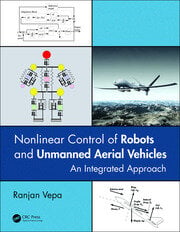 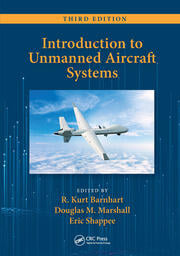