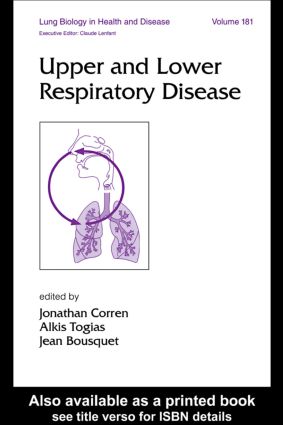 Focusing specifically on the inter-relationship between the nose and the lungs, this reference examines the structural connections between the upper and lower airways and explores the microscopic and gross anatomy of the respiratory tract. Considering functional relationships, as well as human and animal models of disease, this source delivers articles on the pathophysiology, epidemiology, diagnosis and treatment of allergic airway dysfunction and other illnesses affecting the entire respiratory tract.

Lung Biology in Health and Disease