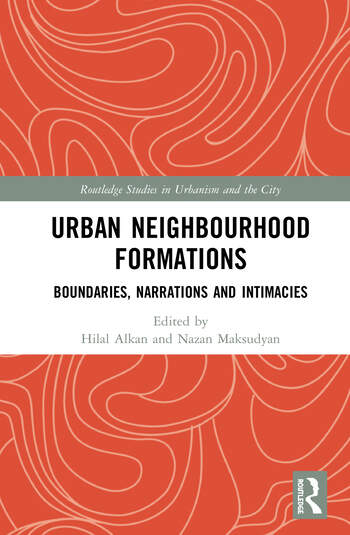 This book examines the formation of urban neighbourhoods in the Middle East, Africa, and South Asia.  It departs from ‘neighbourhoods’ to consider identity, coexistence, solidarity, and violence in relations to a place.

Urban Neighbourhood Formations revolves around three major aspects of making and unmaking of neighbourhoods: spatial and temporal boundaries of neighbourhoods, neighbourhoods as imagined and narrated entities, and neighbourhood as social relations. With extensive case studies from Johannesburg to Istanbul and from Jerusalem to Delhi, this volume shows how spatial amenities, immaterial processes of narrating and dreaming, and the lasting effect of intimacies and violence in a neighbourhood are intertwined and negotiated over time in the construction of moral orders, urban practices, and political identities at large.

This book offers insights into neighbourhood formations in an age of constant mobility and helps us understand the grassroots-level dynamics of xenophobia and hostility, as much as welcoming and openness. It would be of interest for both academics and more general audiences, as well as for students of undergraduate and postgraduate courses in Urban Studies and Anthropology.

Part I: Borders: Material, Temporal and Conceptual Boundaries of Neighborhoods

1. What Makes a Township a Neighbourhood? The Case of Eldorado Park, Johannesburg

2. Killing Time in a Roma Neighborhood: Habitus and Precariousness in a Small Town in Western Turkey

3. Of Basti and Bazaar: Place Making and Women's Lives in Nizamuddin, Delhi

4. Two Tales of a Neighbourhood: Eyüp as a Stage for the Ottoman Conquest and Turkish War of Independence

6. Where is Alexandria? Myths of the City and the Anti-city after Cosmopolitanism

7. Jerusalem's Lost Heart: The Rise and Fall of the Late-Ottoman City Centre

Part III: Intimacies: Neighbourhoods as Sources and Objects of Claim-making

8. Violence, Temporality and Sociality in a Kashmiri Neighbourhood

9. Syrian Migration and Logics of Alterity in an Istanbul Neighbourhood

10. Negotiating Solidarity and Conflict within a Neighbourhood: Gülsuyu-Gülensu and the Scale of Politics

11. Urban Tectonics and Lifestyles in Motion: Affective and Spatial Negotiations of Belonging in Tophane, Istanbul

12. The Basij of Neighbourhood: Techniques of Government and Local Sociality in Bandar Abbas

Hilal Alkan is a research fellow of the Alexander von Humboldt Foundation at Leibniz-Zentrum Moderner Orient, Berlin. Her work focuses on charitable giving, migration, gender and social welfare, through the lenses of anthropology, citizenship studies and urban studies.

Nazan Maksudyan is professor of history at the Freie Universität Berlin and a research associate at the Centre Marc Bloch. Her research focuses on the history of children and youth, with special interest in gender, sexuality, education, humanitarianism, and non-Muslims.