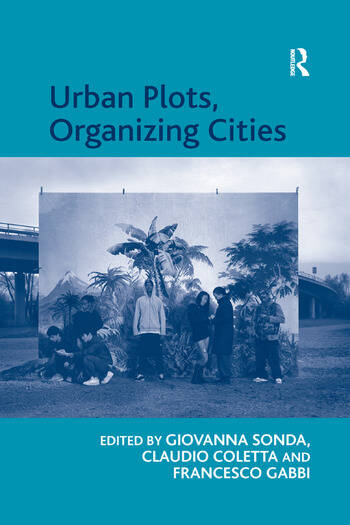 By focusing on the interplay between material, social and narrative dimensions of the city, this book examines urban complexity, namely the dynamic and entangled nature of urban issues, and puts forward a notion of the city as an urban texture. Taking an innovative interdisciplinary approach, it perceives the way cities are organized as a restless stratification of materials, meanings and uses, and deals with the interrelationships between actors, places, administrative rationalities and artefacts. It argues that urban fabric is 'manufactured' in this interplay between imagery and practices (of all the stake-holders, including planners, city managers and city users). Illustrated by in-depth empirical studies from across Europe and Latin America, the book explores material and symbolic aspects of the urban experience. In particular, the contributors focus on the less visible ways of organizing urban spaces, such as those enacted and embodied by local news, artefacts such as signals, maps, regulations, public acts, artistic performances, sensory experience and collective memories. The book offers an articulated discussion on these various means of spatial organisation, thereby providing insights into situations of conflict and proposing innovative ways forward for enhancing urban sociability.

'In this is highly original book, the contributors plot a new approach to analysing cities. Instead of understanding cities as composed of buildings and people, they look at cities as narrations through organisation. Cities, we learn, produce stories in which things and signs, buildings and citizens connect.' Michael Guggenheim, University of London, UK '... a thoughtfully constructed, engaging collection that brings together qualitative work done in a range of urban contexts - including cities in Italy, France, Germany, and Colombia - by authors with backgrounds that include sociology, urban planning, history, and literature.' Journal of Planning Education and Research