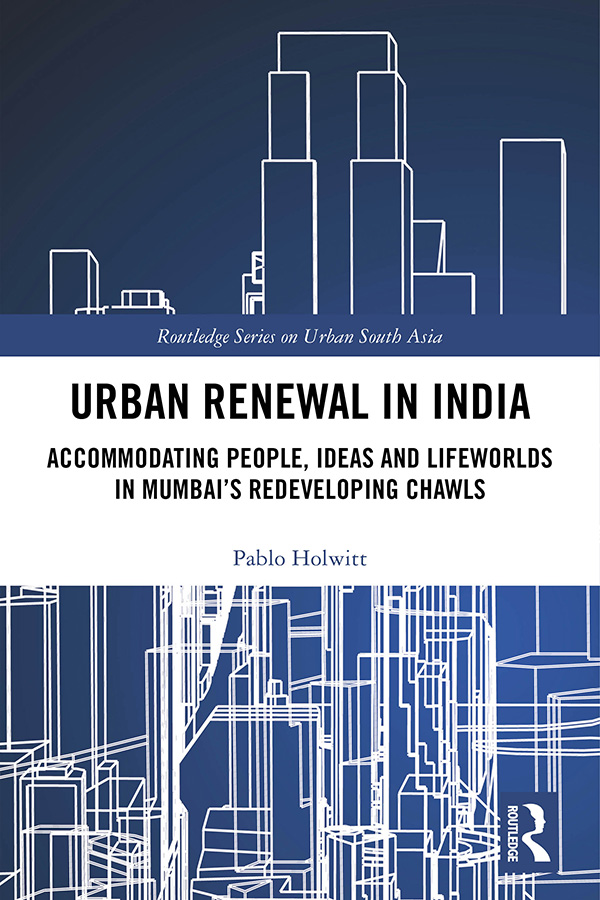 This book interrogates contemporary processes of neoliberal urban renewal in the Global South by studying the model of chawl-redevelopment in Mumbai, India.

The model of chawl-redevelopment is used to address questions surrounding contemporary urban renewal. Focusing on attempts to redevelop Mumbai´s central middle-class neighbourhoods, popularly known as Girgaum, into a modern downtown of a global metropolis, the author sheds light on the impact this development model has on the everyday lives of people inhabiting transformed urban environments. He examines, from an ethnographic perspective, apparently contradictory intentions of planners, investors, residents, activists and politicians. Combination of detailed and vivid ethnographic accounts with incisive theoretical arguments, the book shows that the highly contested and controversial approach of chawl-redevelopment serves as an example of the manifold ideological tendencies in India today, and how they combine, clash and continuously shape each other in surprising and unpredictable ways.

Offering new insights in the topics of class dynamics in the era of globalisation and neoliberalism, urban gating, sense studies, and urban politics in South Asia, this book will be of interest to academics working on South Asian Studies, Anthropology, Sociology, as well as Urban and Global Studies.

3. The promise and the burden of the law: Judicialization of housing struggles and its fault lines

4. Living in a climate of suspicion: Rumours of violence and corruption in redeveloped chawls

As South Asia provides some of the most rapid urban growth globally, this series presents innovative studies on the on-going transformations associated with contemporary urbanization in the region. The books included provide detailed insights into the transformations South Asian societies are undergoing, and specifically link macro-level studies of urban change with detailed analyses of urbanity and sub-cultures. With its focus on urban life, subculture and processes of urbanisation in a variety of contexts, including recently urbanising spaces beyond the metropolis, the series highlights original research based on empirical data. The importance of the series lies in its broad understanding of urbanization and as such it includes research from a variety of disciplines with a focus on contemporary perspectives.