Although society has become increasingly dependent on the timely operation of logistics systems, we still face many problems regarding efficiency, the environment, energy consumption, and safety in urban transport and logistics—under normal cases and in disasters. As such, understanding how to address these challenges has become essential for creating better urban planning and policy implementation.

Presenting the best practices of leading experts from around the world, Urban Transportation and Logistics: Health, Safety, and Security Concerns provides cutting-edge concepts and a vision for urban transport and logistics relating to human security. Its comprehensive coverage supplies the foundation for examining transport and logistics systems in urban areas from the viewpoint of safety and security considerations on human life. Topics covered include:

The book addresses Information and Communication Technologies (ICT) and Intelligent Transport System (ITS) applications within urban logistics. It considers supply chains, road safety in hazardous material transport, and logistics and transport design in mixed traffic areas. It also introduces the notion of the megalopolis and the need for improved planning relative to human usage, freight transportation, and city logistic planning.

This book provides numerous examples and case studies of real-world scenarios from around the world, making it useful for both practitioners and researchers involved in urban transport and logistics planning.

Dr Russell G. Thompson, BAppSc, MEngSc, PhD, is currently the director of the Master of Transportation Systems program at the Joint Southeast University and Monash University Graduate School in Suzhou, China. He holds a bachelors degree in mathematics, masters degree in traffic and transport engineering, and a PhD in traffic modeling. Russell was a founding director and has been vice president of the Institute of City Logistics, based in Kyoto, since 1999. He is a core research partner in the Center of Sustainable Urban Freight Systems, a Volvo Center of Excellence. Russell has coauthored over 160 research publications, including over 70 refereed publications. He has also coauthored three research books as well as seven international conference books.

Russell has been a member of Kyoto University’s Global Center of Excellence in Human Security Engineering since 2008. He is currently a partner researcher in the Concert Japan Program on Resilience against Disasters and a lead researcher on the project Improving the Resilience of Road Freight Networks under Earthquakes. Since 2012, Russell has been a senior research fellow in humanitarian logistics at the Australian Defense Force Academy. He has been involved in a number of research projects associated with infrastructure recovery and humanitarian logistics after the Tohoku disasters in Japan in 2011.

Dr Fwa has been invited to lecture and make technical presentations in 17 countries, including keynote lectures at international conferences. He is the Asia Region Editor for the ASCE Journal of Transportation Engineering since 1989. He is currently the President of the International Society for Maintenance and Rehabilitation of Transport Infrastructure, Board Member of the Eastern Asia Society for Transportation Studies, and Special Advisor to the International Association of Traffic and Safety Sciences. 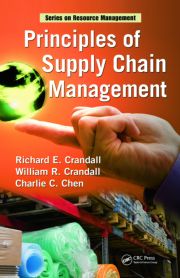