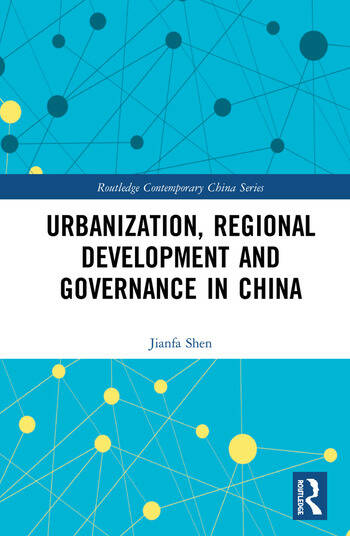 Urbanization and development in China

Rescaling the central and local states

An interpretive framework of Chinese urbanization

State-sponsored urbanization in the pre-reform period

Chapter 4 Spatial analysis of the urban system in Guangdong

Definition of city-size, data and methodology

Urban hierarchy based on population size of cities

Urban hierarchy based on economic indicator of cities

The role of economic development in the process of urbanization

Impact on agriculture and environmental pollution

Economic integration before and after the handover in 1997

Cross-border urban governance in Hong Kong: From separation to tolerance before 1997

Cross-border urban governance in Hong Kong: From protectionism to Free Trade Zone after 1997

Borderland and integration of cross-border regions

Prospectus of urbanization, regional development and governance in China

Jianfa Shen is a Professor in the Department of Geography and Resource Management and Director of the Research Centre for Urban and Regional Development, Hong Kong Institute of Asia-Pacific Studies, The Chinese University of Hong Kong.