Vertebrate Skeletal Histology and Paleohistology summarizes decades of research into the biology and biological meaning of hard tissues, in both living and extinct vertebrates. In addition to outlining anatomical diversity, it provides fundamental phylogenetic and evolutionary contexts for interpretation. An international team of leading authorities review the impact of ontogeny, mechanics, and environment in relation to bone and dental tissues. Synthesizing current advances in the biological problems of growth, metabolism, evolution, ecology, and behavior, this comprehensive and authoritative volume is built upon a foundation of concepts and technology generated over the past fifty years.

received a double university degree: history, through a master’s degree, specialized in the history of sciences (Paris 1972), and biology, through a PhD (Paris, 1980) as well as a “thèe d’éat” (Paris 1990). His professional career began in 1982 as a “maîre de conferences” at the Musém National d’Histoire Naturelle, Paris, where he remained until 1986. Since the beginning, Buffréil’s research activity has been related to comparative bone histology and paleohistology in extant and extinct mammals, reptiles and amphibians. About one hundred scientific articles were published on this subject. In parallel, Buffrénil took an active part in international programs led by CITES and FAO (two UN institutions) on the conservation of exploited reptiles, especially African monitor lizards and crocodiles and produced many expert reports.

Louise Zylberberg received her university degrees at Le Centre national de la recherche scientifique with a double curriculum in biology and biochemistry. She defended her doctoral thesis in histology there in 1968. Her career began as a researcher at the CNRS (1961) and she continued as “directrice de recherche” (1977) until her retirement (2001). She is still active as “emeritus directrice de recherche”. Her research has focused on comparisons of the results obtained with conventional histology and more specialized ultrastructural techniques. Since joining the “Formations squelettiques” team in 1980, she has applied these techniques to the study of mineralized tissues of the skeleton of extant and extinct species including reptiles, amphibians and “fishes”. She is also familiar with immunological techniques and comparative histological and cytological analyses which have revealed the wide variety of skeletal tissues and possible relationships between these various tissues during development and during evolution. She has published about two hundred articles.

Kevin Padian is Professor in the Department of Integrative Biology and Curator at the Museum of Paleontology at the University of California, Berkeley. He is the author or co-author of dozens of peer reviewed scientific journal articles and editor/co-editor of nearly a dozen books.

Armand de Ricqlès got his university degrees in Paris with a double concenration in biology and earth sciences. He started his career at the Sciences Faculty of the University of Paris (1961-70) in comparative anatomy and histology, then at the University of Paris VII Denis Diderot (1970-95) where he defended his doctoral thesis in Paleohistology (1973) and got a full professorship in Evolutionary Biology (1983). There he developed a research team, "formations squeletiques," that became famous in developing the comparative histology of bone. He has been a Visiting Professor at the University of Chicago and at the University of California, Berkeley. In 1995 he was elected Professor at the prestigious Collège de France (Paris) as the Chair of "Historical Biology and Evolutionism" until 2010. During his career his interests in research and teaching, as well as popularization of science, have covered the fields of zoology, ecology, vertebrate paleontology, comparative anatomy and histology, phylogenetic systematics and, especially, the paleohistology of tetrapod vertebrates, a research field that he has largely expanded and introduced in several countries. Still currently active in this field, he has published several hundred papers in scientific research and popularization. 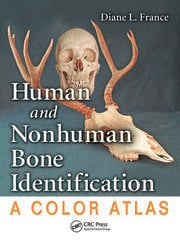 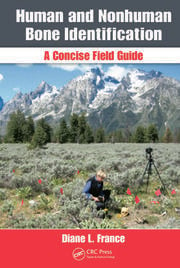 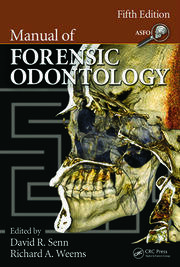 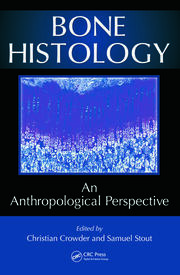