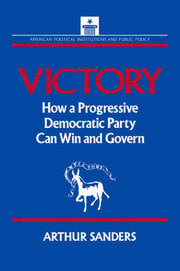 The author of this book is an unabashed liberal democrat. He argues that there are a number of myths and half-truths about American politics that need to be properly understood if progressives and the Democratic party are to win the presidency and govern effectively. The book has three parts: myths and realities of public opinion; current party coalitions - their strengths and weaknesses; a programme for progressive Democrats.

The movement of Han Chinese into minority regions has been a long standing pattern in China. China's minorities, however, have only recently begun to move in significant numbers, motivated by economic, social, and political factors. This book looks at how current changes in China are affecting the minority populations. It gives special attention to border regions in the west of China. The contributors focus on how population shifts and the movement of China's minorities impact such issues as education, ethnic identity, the environment, local economy, labor, and regional development. They emphasize new dimensions in ethnic relations in China that have been introduced as a result of the spatial relocations.