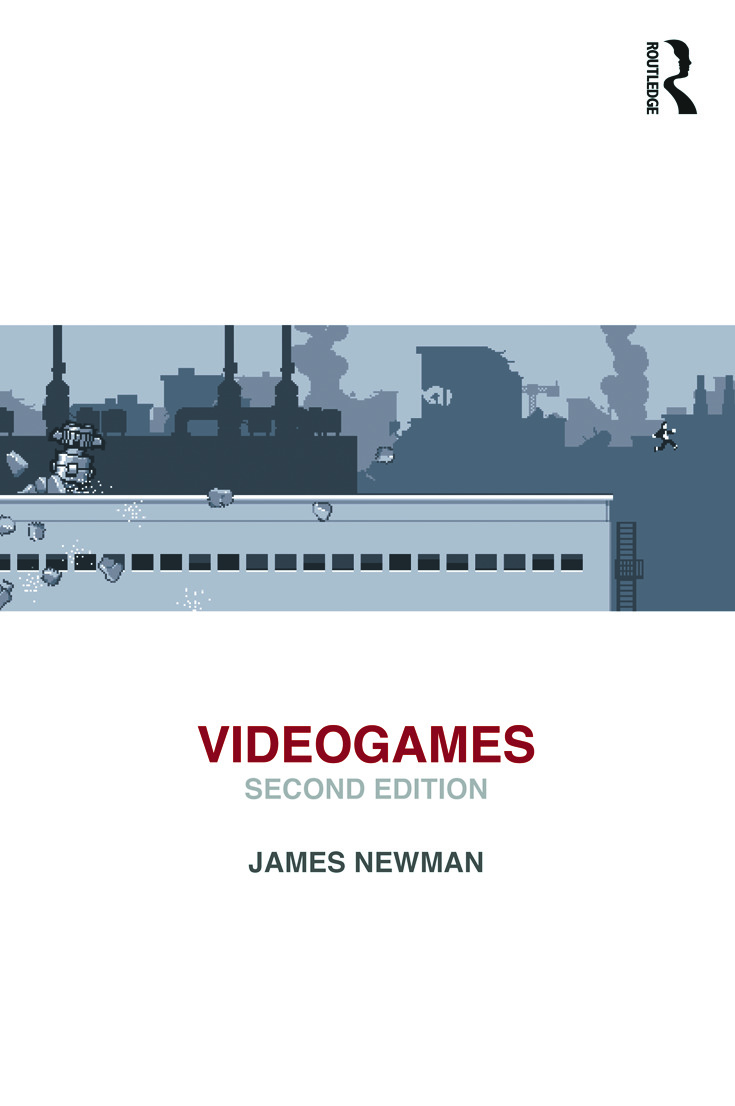 In the few decades since they first blipped their way onto television screens, videogames have become one of the most culturally, socially and economically significant media forms. Newman’s volume considers how we might approach videogames as media texts to be read, experiences to be played and played with, systems and simulations to be decoded and interrogated, and performances to be captured, codified and preserved.

The updated second edition examines the emergence of new platforms as well as changing patterns of production and consumption in its analysis of Wii, Xbox 360, PS3 and mobile gaming. The new final chapter explores recent developments in games scholarship with particular focus falling on the study of gameplay as socially situated, ‘lived experience’, and on strategies for game history, heritage and preservation. In drawing attention to the fragility and ephemerality of hardware, software and gameplay, this new edition encourages readers and players not only to consider how games might be studied but also what can, will and should be left behind for the next generation of games researchers.

'A wealth of well-written, scholarly but accessible perspectives on industry practice and commerical imperatives … Newman can do this only because he is a serious games scholar.' – Media Educaiton Association

1. Why Study Videogames? 2. What is a Videogame? Rules, Puzzles and Simulations: Defining the Object of Study 3. Manufacturing Fun: Platforms, Development, Publishing and Creativity 4. Videogame Players: Who Plays, for How Long and What it’s Doing to Them 5. Videogame Structure: Levels, Breaks and Intermissions 6. Narrative and Play, Audiences and Players: Approaches to the Study of Videogames 7. Videogames, Space and Cyberspace: Exploration, Navigation and Mastery 8. Videogame Players and Characters: Narrative Functions and Feeling Cyborgs 9. Social Gaming and the Culture of Videogames: Competition and Collaboration On and Off Screen 10. Future Gaming: Online/Mobile/Retro Bibliography Index

James Newman is Professor of Digital Media and Director of the Media Futures Research Centre at Bath Spa University. He is the author of numerous books on videogames and gaming cultures including Playing with Videogames (2008) and Best Before: Videogames, Supersession and Obsolescence (2012). James is a co-founder of the UK’s National Videogame Archive which is a partnership with the National Media Museum. He sits on the board of the Computer Games special collection of the British Library’s UK Web Archive and is a member of the GameCity international videogames festival team.