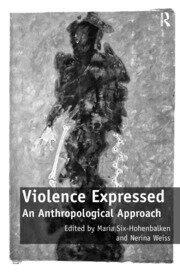 Violence Expressed explores the diverse expressions and manifestations through which the meaning of violent experiences and events is (re)produced. As language alone does not always suffice for the description of violence, this book focuses not only on the verbal and discursive expressions of violence, but also on the performative acts, material culture and the spaces that constitute these expressions. Such an approach provides a method of more comprehensively registering and understanding the manifestations and long-lasting effects of violence, whilst exploring violence both as an extreme subjective experience, and the ’ultimate truth’, thus overcoming a common epistemological antagonism in researching violence. Offering a variety of analytical approaches and methodological perspectives, Violence Expressed presents the latest empirical studies, ranging from the 'everyday' violence experienced by children, stories of rape, social memory and the discrepancy between private and public narratives, to rumours and silences or the iconography of violence. A compelling contribution to ongoing discussions on anthropological writing, this book will be of interest to anthropologists and social scientists working on violence, gender, collective representations and memory.

'Violence Expressed brings together cutting edge work on violence from an impressive array of anthropologists. This wonderful book builds on existing anthropological literature by offering new methodologies for the study of violence and cutting a path for theoretical approaches that push beyond silence to understanding.' Victoria Sanford, Lehman College, City University of New York, USA 'Brilliant: a truly global tour de force on the complex life of violence - the wars of the 4th generation - by the field’s leading anthropologists. Compelling, comprehensive, illuminating. In exploring the deep ways violence is expressed, sensed, and lived, these authors offer the best of contemporary anthropological ethnography and theory.' Carolyn Nordstrom, University of Berkeley, USA 'The editors of Violence Expressed have presented an elegant volume focusing on the means by which violence is normalized, voiced and muted by perpetrators, victims, bystanders and researchers. In a remarkably coherent and complementary collection, the contributions all wrestle with the contention by leading researchers Appadurai (1996) and Das (2007) that language is limited in grappling with the horrors of violence... excellent and informative... powerful and poetic... a deeply contextualized and insightful study... Sociologists should not be put off by the subtitle of this collection referring to our sister discipline.... the wide variety of examples from around the world provide much to ponder in addition to our homegrown villains typically defined in terms of race, class and gender.' Contemporary Sociology 'The diverse ethnographic content in Violence Expressed is united by two useful approaches: the first is the idea that violence relies on silence to make it normative; the second is the exploration of concepts like silence through their historical and cultural setting rather than through their homology with Western discourse. The book could have followed the well-worn path of